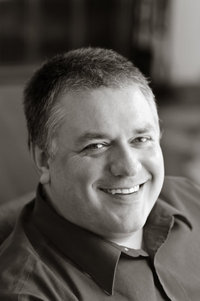 By Chuck Currie of Portland, Oregon. Rev. Currie is a minister in the United Church of Christ and a candidate for Multnomah County Commissioner in District 2. Learn more at ChuckCurrie.com.

If you believe people deserve access to good jobs, quality primary and mental health care, affordable housing, a clean environment, safe communities and a fair and sustainable tax system, then please support me in my run for Multnomah County Commissioner.

Businesses will be more likely to locate in Multnomah County – and bring jobs to the area – if our schools are top notch, the environment sustainable, our social services effective, and streets safe. Multnomah County plays a role in all these areas. As a Multnomah County Commissioner, I want our government to help build a climate that attracts jobs that pay family living wages. A focus on better developing our infrastructure could be beneficial to our economic development needs as well.

In short, while Multnomah County doesn’t have a direct role in economic develop we can help create a climate that people want to invest in. Right now families are taking their children out of public schools and younger people are moving away (or not moving to our area at all). That’s a big difference from the 1990s when Portland was THE destination city for many people.

Multnomah County is where the issues I’m most concerned with are debated.

The county runs human service and health care programs, provides support for public education, and helps secure the public safety of the community. These are the issues I’ve passionately worked on my entire adult life. And, I’ve spent the last 25 years building powerful partnerships with non-profits, religious organizations, businesses and local government to address these issues and make our county a better place.

Over the years I’ve been willing to take on issues that other people have shied away from. I’ve taken risks, fought hard for the common good, and always put principles before political gain.

I have a record that few can match in this race.

We can bring this same leadership and experience to Multnomah County. Multnomah County is fortunate to have several well qualified people running for this position. All counties should be so lucky. What sets me apart from this good group of people is the range of experiences that I have working with government, non-profits, community groups and the faith community. I also run for this office beholden to no other politician or special interest group. My only allegiance is to the people of Multnomah County.

As a Multnomah County Commissioner, I want to expand programs for children (like SUN Schools and School Based Health Care Centers), fight for the needs of mid and East County (part of the county so often ignored but where I recently served as the long-term interim minister of Parkrose Community United Church of Christ), and to use the bully pulpit of the office to fight off environmentally damaging projects like the proposed Columbia River Crossing which would inflict deep harm on N/NE Portland and instead work to build up a green economy that is sustainable for the long-term. And I want to build support in the community for new sources of revenue that would allow us to accomplish these goals and more (like fixing our broken mental health system).