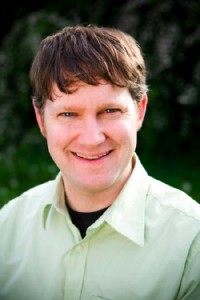 By Paul van Orden of Portland, Oregon. Paul is the Portland noise control officer, and is a candidate for Multnomah County Commision, District 2. Learn more at PaulForCounty.com.

We live in challenging times. And in these challenging times, it's critical we have strong elected leaders with deep experience helping small businesses, getting the most out of government, and creating innovative solutions.

For the past 19 years, I've dedicated my professional life to improving communities by fighting air and noise pollution. I've worked as the noise ordinance officer for the city of Portland for 14 years. In that role I've worked to shape the nation's leading model of an effective noise ordinance, which smartly addresses not only decibel levels, but the specific pitch of a given noise. And it isn't just a job- I've helped high school kids learn safe listening skills, protecting their health.

I've also led in my efforts to give back to the community. I've served on the board of Growing Gardens for six years, helping low-income families build gardens, save money and become more self-sufficient. I created the Tour de [Chicken] Coops, a nationally-renown event of neighbors helping neighbors raise chickens in the city. I've served on the Animal Services Task Force, fighting to improve services for animals and neighborhoods who need animal control services. And I've served as a Big Brother in the Big Brother/Big Sister program.

Of course, I'm in a crowded field of candidates. What sets me apart?

First, I have a proven record of working through complex issues and finding solutions that work for businesses and neighborhoods. I initiated the North Portland Noise Task Force to resolve conflicts over race track and train noise. At my job, I'm asked to negotiate solutions to conflicts among neighbors and businesses day in and day out. Because of that work, I'm proud to have the endorsements of small business owners, from Tracy Olson of Random Order Coffeehouse to Jim Brunberg of Mississippi Studios to Aaron Orthmann of Tom Leach Roofing. These small business leaders know that I've got a record of cutting through red tape and helping businesses thrive, creating jobs.

Second, I'm the only law enforcement professional in the race. Fully half of the county's general fund budget goes to law enforcement - one of every two discretionary dollars the county spends goes to the sheriff's office, district attorney's office, and community justice. I have 19 years of experience working at the interface of communities and laws enforcement. As we've faced tough issues about law enforcement interactions with the community and budget cuts, I'm the most qualified candidate to successfully reform the sheriff's office. I'm excited to build on the work of Chair Ted Wheeler, restoring oversight of the sheriff's budget to the Commission where it belongs. This isn't a new passion - in 2006, I was the only person willing to stand up and run against disgraced Sheriff Bernie Giusto, earning a record 11,000 write-in votes, along with the Willamette Week and Portland Mercury endorsements.

Third, I've got a deep commitment to protecting the natural beauty of the region and improving transportation choices. I'm an environmental scientist by training, and have fought air and noise pollution for two decades. That's why the county's leading long-term conservation advocates - Mike Houck, Jonathan Poisner, Bob Sallinger - support me. So do bike shop owners Kevin Chudy of Bike N' Hike and Bill Larsen of CyclePath, former directors of the Bicycle Transportation Alliance Evan Manvel and Scott Bricker, and the Willamette Pedestrian Coalition's Stephanie Routh. As someone who regularly commutes by bike, I understand that a quarter of the county's residents - over 160,000 people - are too young, infirm, old, or poor to drive, and that we all deserve well-functioning transportation choices. I'm committed to fixing the Sellwood Bridge and finding solutions to the I-5 Bridge controversy that don't involve breaking the bank and just moving congestion around with the current plans for a MegaBridge.

I'm proud of my record, and would love to serve the community by being your Commissioner. I hope to earn your vote. Thanks for reading.