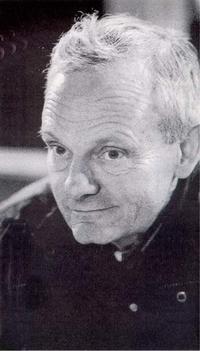 Art Robinson, GOP nominee in OR-4

By J. Graber of Portland, Oregon. He is a former journalist and a graduate student in strategic communications at the University of Oregon, Portland campus.

Maybe the reason you never see any coverage about the race for Oregon’s 4th Congressional District is because everyone in the fourth estate thinks the outcome is a foregone conclusion. I mean Peter DeFazio has held the seat since 1987 and took 82 percent of the vote in his 2008 election.

Or maybe they feel Art Robinson’s pseudo-scientific and sometimes self-serving rhetoric makes him less than a viable candidate.

Who knows? But betting on politics has always been about as safe as investing in a toll-booth factory in Vancouver these days.

So, with that in mind, let’s take a look at who these two men are.

Robinson is the President of the Oregon Institute of Science and Medicine and one of the primary authors of a petition claiming global warming is bogus and that carbon dioxide is actually good for us. The exact wording of the petition reads:

In the meantime Robinson also publishes the Access to Energy newsletter, which champions deregulating the energy industry and published the following argument for dumping man-made waste into the ocean in 2004:

Wastes dumped into the deep ocean will soon reach the bottom, where they are less hazardous than nearly any other place on Earth. Most materials will remain there: marine organisms are rare in the deep ocean, food chains are long, and few materials will be carried back to mankind.

And despite having been a chemistry professor at the University of California San Diego, Robinson calls public education “socialism in education” … on the Web site hawking his home-school curriculum for $195 and up.

Copies of his multi-media package on how to survive are also available for $149.

He also proposes to “defund all pork barrel and earmark projects” in the federal budget – a tall order for a would be junior congressman, eh?

Finally, he proposes lowering health care costs by undoing recent health care reforms granting 30 million Americans who otherwise would be left out access to medical insurance, and increasing the insurance companies’ ability to wiggle out of providing the very service for which they were created by reducing their exposure risk to lawsuits.

DeFazio, on the other hand, opposed Bush’s cuts to financial aid in 2005 and supported the 2007 College Cost Reduction Act that increased federal student aid by $20 billion.

He also supported the historic health care reform signed into law earlier this year that is expected to put an additional 16 million people on the Medicaid rolls, subsidize private coverage for those who cannot afford it, and regulate private insurance companies more closely, eliminating practices like denying benefits for pre-existing conditions.

He voted against deregulating the cable television industry in 1996, has been a long-time opponent of the North American Free Trade agreement, helped draft legislation that $2.7 billion for transportation projects in Oregon in 2005, and went against his party in opposing last year’s “$700 billion bailout bill that puts taxpayers on the hook for the mistakes of Wall Street executives and CEO's.”

So there is a little insight into the two men who want to represent Oregon’s 4th Congressional District. You decide who would better serve the public good … now where did I put that number to my stock broker?