OR-Sen: Merkley at the halfway point 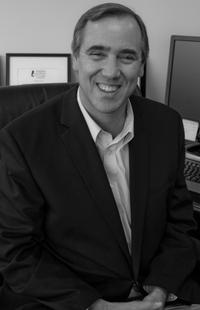 In 2008, Oregonians elected Jeff Merkley to the US Senate. As our junior senator, Merkley is now halfway through his first term. With the contentious political climate in DC and our nation trying to crawl out of a serious economic funk, I thought it would be worthwhile to check in with Merkley to find out what things are like at the ground zero of our nation's political and policy sweat kitchen.

Merkley said that one of the main things he's learned is how important it is to reform the U.S. Senate. He says that the body is in paralysis with everything they attempt to do under a 60-vote barrier. Merkley says that if this threshold is allowed to become the new senate normal, that the Senate will be constantly forced to go in the direction of the minority, which he says is completely outside the way that it was designed under the US Constitution.

"This challenge was evident during my first two years in office, but it was somewhat muted by the fact that the Democrats had close to 60 votes and could overcome that obstacle occasionally. But it was significant enough that Tom Udall and I chose to lead a major rules debate in January. We had some slight changes that occurred from that. " Merkley went on to note how upset Harry Reid was a couple of weeks ago at a new Republican effort to obstruct the work of the senate. This was the catalyst for a new rules change to inhibit that effort with Reid noting that Udall & Merkley had been pushing him for months to make this change in order to move the business of the body forward.

Merkley does credit Senator Wyden with his work to pass an elimination on "anonymous holds". This was part of the original package of five rules changes that Merkley and Udall sought for the Senate. It's also an issue that Senator Wyden has been working on for years.

Merkley said that the core issues that allow this serious obstruction still remain. The first is the need for a regular protocol around amendments so that weeks aren't spent arguing over which amendments will be considered. Second is the addition of a "talking filibuster", which would require members to use time and energy in order to obstruct a piece of legislation, forcing a more judicious use of the filibuster. "There's a lot of important legislative work to do," he said. "And right now we're hobbled." Merkley continues to work with his colleagues to resolve the issues. "Perhaps before the next election a group could stand up and say regardless of the outcome of this election, we're going to stand behind these reforms for the Senate that way they won't be looking at it from who's going to be in the majority or the minority. We know we need to have rules that make this place function."

Will any Republicans get on board? Merkley says that there is some interest. But so far the Senate Minority Leader (this means you, Mitch McConnell) is discouraging his caucus from engaging in any real conversation about Senate rules reforms.

I found this particularly interesting...that McConnell clearly wants the Senate to remain dysfunctional. So much so that he'll stand up and make speeches about how anything "controversial" requires 60 votes. Apparently its all "controversial" to Mitch, since his caucus is filibustering pretty much everything. And he's not so interested in his caucus having to take responsibility for what they're blocking, either.

And of course, that's a one way street. The Democrats don't abuse the filibuster--and in fact don't use it when they should, in my view. After all, Clarence Thomas got on the Supreme Court with 52 votes, not exactly a shining moment of decision for the US Senate.

This dysfunction led us into a discussion about Occupy Wall Street. Merkley noted that the protests stem from a deep frustration that Americans have over the economy and lack of opportunity. Merkley says that OWS speaks accurately to the plight that many Americans are facing: they're simply not benefiting from the policies being enacted in DC, and Merkley says they must be changed.

So will we get some substantive changes to the way that Wall Street operates? Merkley says the jury is still out. The draft rules that came out are complicated--and Merkley notes that this is in large part because the institutions themselves are complicated. For example, banks engaged in lending to individuals and families shouldn't be operating as a hedge fund, under the Volcker Rule. This kind of practice fed into the Great Depression and was reigned in under Glass Steagall, Merkley said. These provisions in Glass-Steagall were repealed in 1999.

"The Volcker Rule reestablished one key piece of Glass-Steagall, to separate these high risk investing strategies from commercial banking. The complexity comes because there are other things banks are still allowed to do, including wealth management and market making. They buy products and participate in hedging, and how do you make sure that they're not just disguising a high risk investment strategy? So the detailed rules come into play to create those separations, " he said. Merkley noted that only time will tell if the rules will do the job. Part of that success will be up to the vigilance of the regulators. He said that this adds to the difficulty because financial institutions tend to hire those who are sharp enough to not only understand the regulations, but find ways around them.

Merkley is also immersed in the issue of trade and how it effects job in the US. Earlier this year when visiting China, Merkley took the time to understand the nation's industrial policy on a deeper level. He said that traditionally, Americans have thought of China as an open market in a level playing field. But he said that nothing could be further from the truth. Instead, China has heavily subsidized its manufacturing. This makes manufacturing vastly cheaper in China. Merkley believes they've done this to shift jobs to their country--they've had a massive need for jobs and have gone out of their way to fill it.

Merkley also says that the mechanization of factories has also eliminated a large number of manufacturing jobs. He described visiting a factory in Oregon recently that was having machines take over the work that people used to do.

Merkley said that he discovered the Chinese subsidies are in violation of their agreements with the World Trade Organization. Specifically, the Chinese are supposed to send out notifications of what they're doing in terms of subsidies. Working with Senators Enzi and Barasso as cosponsors, Merkley has put forth a bill that would allow the US trade representative to put out notices about the subsidies. Merkley says one week after they put forward the bill, the US trade representative began to put out 250 notices (50 in India and 200 in China). These notices yielded the fact that there's an emphasis on famous brands in order to draw them to China. An emphasis on green & reenewable energy projects was also evident, as China works to muscle others out in order to become the preeminent nation for this market. Oregon has a huge stake in the green energy market, and China's efforts can cause direct harm to our state.

"You're starting to see this education process take place," he said, "the way they framed trade was: wouldn't it be great to open this massive market our manufacturing. And increase our manufacturing jobs here. It's just starting to dawn on people that this isn't the way it actually worked." Merkley said that instead of opening a market to our products, this policy has created an economy that is essentially taking manufacturing out of the US.

Merkley said he recently heard of an Oregon steel company that was outbid by a Chinese company on a bridge to be built in Alaska. The bridge is a multimillion dollar project being funded by the Department of Defense. It will be used to move tanks and other military equipment. This meant that DOD funds were going to pay a Chinese company using Chinese steel. Merkley submitted an amendment to a bill to fix a quirk in the law that allowed this outside underbidding to take place. He said he had 55 votes to pass the amendment, but it lost because of the 60 vote requirement. He also noted that the vote was bipartisan, with 5 Republicans on board. Merkley said he was approached after the vote by colleagues who were tempted to vote for it but didn't. "As one said to me, the big companies back home that have overseas factories talk in terms of free trade. They're not taking into account the way China is operating by subsidizing their trade." Merkley says its part of the education process.

Finally, I asked Merkley if he has some sage words of advice for whomever becomes the new Congressperson for the First Congressional District, especially given the difficulties in DC nowadays. "I'm so impressed by the candidates. I've seen the three most high profile candidates work effectively in the legislature. Their experience in a functioning legislature is a tremendous experience to bring to Congress. There's nothing like watching Congress to help you recognize just how professional the Oregon legislature really is." Merkley says that whomever is elected, if they've got that legislative experience, will bring substantial value to Washington.