How Jeff Reardon beat Mike Schaufler (and why it matters) 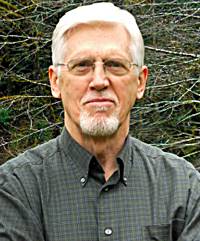 It's been two weeks since the primary election, and the election result that continues to reverberate around the country is the win by Jeff Reardon over Rep. Mike Schaufler in the HD-48 Democratic primary. Along with all the local coverage, the story's been picked up by Mother Jones magazine and was front-paged at DailyKos over the weekend.

It was an extraordinary achievement. After all, it's been more than nearly 20 years since a Democratic incumbent was knocked off in a primary in Oregon. And it was only possible because of an unprecedented coalition coming together to defeat Schaufler and a confluence of events that DailyKos's David Jarman called "a perfect storm":

First, a candidate worth beating. Rep. Schaufler made himself a political target through his votes - on health care, environment, foreclosure reform, and tax fairness. Because of his personal troubles - spending campaign cash on bar tabs and the allegations of sexual assault - he made it hard for his friends to stand next to him. And he became a lazy campaigner, relying almost entirely on lobby fundraising. For incumbents, raking in campaign cash from the lobby is relatively easy, but if that's all a legislator does, the campaign strucutre will atrophy in place.

Second, a credible opponent. With experience as a military veteran, in the private sector, as a school board member, and as a high school teacher, Jeff Reardon had the kind of life story that appeals to voters. He was able to communicate his story and values in a credible way, and out regular-guy an incumbent whose regular-guy attitude was always part of his appeal. And most importantly, Reardon was willing to work hard - raising money and hitting the doors and phones. Given all the outside help pouring in, some candidates might think they could coast, expecting others to do the heavy lifting. (I've seen that happen before, and it never ends well.)

Third, favorable terrain. In redistricting, HD-48 shifted to the west - giving up much of Happy Valley and the Powell Butte area, and picking up Mt. Scott and parts of north Clackamas County west of I-205. More important than any particular ideological arrangement of voters was simply the fact that 60% of them were new to the district - with no particular attachment to Schaufler.

Fourth, the endorsements of a dozen legislators. Incumbents get challenged all the time, usually by people who have no business running for office. Primary voters have well-tuned "crazymeters" that tend to give huge weight to incumbents. While Schaufler and Reardon had roughly equal numbers of endorsements from sitting legislators, they were immensely more important to Reardon - both as a signal to primary voters and a signal to institutional players that he was credible. (More than one observer mentioned to me the critical role played by Rep. Alissa Keny-Guyer in pulling together the legislative endorsements for Reardon. Keny-Guyer, of course, was just appointed back in September - so this effort on her part demonstrated a high tolerance for risk and an impressive bit of execution for a rookie. Stay tuned, folks.)

Fifth, the monster coalition that arrayed itself against Schaufler. I've never seen anything like it in a legislative race in Oregon.

Looking ahead, the lessons here are clear: When focused and organized, progressives can win Democratic primaries against entrenched incumbents. Help from the incumbent in the form of laziness, scandal, or unlikability (or all three) is useful, of course. And it takes an all-hands-on-deck approach, with multiple partners contacting voters through multiple channels - on the doorstep, in the mailbox, on the phones, and online. Now, it's my hope that these sorts of primaries are rare - after all, when an incumbent is that far out of step with his/her district, it represents failure on a lot of levels.

In his victory speech, Jeff Reardon said, "I always believed we could do this. I said that from the beginning. I said it because I didn't know what I was talking about. I always believed it could happen. Logical and informed people said no, it could never happen -- so, take that!"