HD-15: Ron Green wants the job, Albany. You should give it to him. 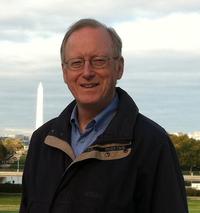 Ron Green has led an interesting life. He served in the US Army during the Korean War. He spent almost 10 years owning and running a bicycle shop in Texas. He developed and directed the richest one-day race in Texas, the Lewisville Criterium, in 1981, ‘82 and ’83. He even sponsored the winning team in the Spenco 500 mile race in its first year.

Green has also been a public school teacher. He's taught adult education courses in prisons in Texas and New Mexico. He was an integral part of the highly successful Disability Navigator program in Oregon, which helped Oregonians living with disabilities gain job skills to move into the work force.

He's been good at all that stuff. And now he wants to take his amalgam of mad skills to Salem as the state representative from Albany.

"I'm just a citizen whose complained about government from all sides of the spectrum," Green said. "Now it's time to do something about it. I've got the skills and background to represent the diverse interests of this community".

Green says there are a lot of good things about his community and he very much loves the City of Albany. He wants to be a representative for all of the people. He's retired from his other work and if he wins, "... my wife will be happy to have me out of the house", he jokes.

As a former teacher, Green has an obvious connection with the education community. Given that education funding is the largest chunk of the Oregon state budget, Green believes he's uniquely situated to be an advocate for schools. He also made note of how being a teacher is a great preparatory experience for becoming a legislator, "Be prepared and organized. Be ready to at a moment's notice. Being a teacher has enabled me to talk with groups of people and negotiate with different interests. And it's made me an active listener," he said.

Working in the prison system helped expand those skills. Green said that those experiences helped shape how he communicates, manages conflict/diminish hostilities and collaborates to find agreement with others.

When discussing how his military experience might inform his work as a legislator, Green was brief. "We should stop making so many vets, especially disabled vets, of which I am one," he said. Green said he hopes to support the expansion of healthcare to all Oregonians, as well as everything he can to support vets. "I am a vet. Unlike my opponent (Republican Andy Olson), I'm not just a flag waver."

Green said that he'd like to see the legislature build on the highly successful Navigator program. He said that the program did a lot of training with the Oregon Employment Department and various nonprofits before they were sunsetted. He believes that the resident knowledge is still there, and that it could be a key part of Oregon's jobs programs as the state continues to recover from the recession. In fact, work force issues would be one of his main priorities as a legislator, "I've seen what a small amount of money can do to make an impact," he said.

In addition, Green says job creation is a key priority as well. He said that he'd like to see the legislature do everything they can to encourage small business, including a possible revisiting of enterprise zones, which he says don't seem geared to small businesses or entrepreneurs.

A state bank is another priority for Green. "Local businesses must have access to capital--to guaranteed funds. Corporate banks like Chase and Bank of America aren't doing the job for people," he said. He'd also like to find ways to enhance Oregon's food production and find ways to help farmers diversify and be sustainable while remaining profitable.

Green is also a fan of infrastructure improvements, especially rail. He said that the northwest corrdior has done a good job, especially the Cascades Train for Amtrak. But we need more frequent and more higher speed trains between Eugene and Vancouver, Washington. He also says we must move away from fossil fuel based transportation to infrastructure that he calls "future-based".

"I'm a citizen. I'm not ambitious in terms of trying to BE something else. (Andy) Olson is a middle man for corporate money for the legislature. I'm not looking to make a career of this," Green said. He said that Oregonians on all sides of the aisle like that we're a populist state and that we're rightly mistrustful of a "government class". Green said that he believes if the people in Albany .."will shake loose from their Olson habit", he can do a good job representing them as their legislator.