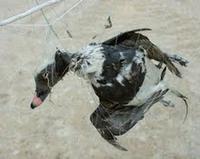 By Steve Pedery of Portland. Steve is the Conservation Director for Oregon Wild.

Over the course of a ballot measure fight, one expects that supporters and opponents would have different opinions about the impacts of a particular measure. That’s the nature of political campaigns.

But in the case of opponents to Ballot Measure 81, which would ban the use of indiscriminate gill nets on the Columbia River while allowing for more selective, sustainable commercial fishing gear, what we’re finding is that the gillnet proponents feel entitled not only to their opinions, but also to their own set of facts. One recent pro-gillnet opinion column in the Oregonian contained more misinformation than fact.

Here are the facts.

Ballot Measure 81 would prohibit the use of indiscriminate gill nets for commercial fishing on the Columbia River in Oregon, while encouraging fisherman to adopt more selective, sustainable techniques.

Gill nets are typically nets made of nylon plastic mesh, strung across the river in areas salmon and other commercially valuable species are known to travel. These net "curtains" are suspended by a system of floats and weighted at the bottom. The holes in the net are large enough to allow fish to get their heads in, but when they try to back out, the netting snags on their gills. Because many different species of fish swim in the Columbia, the indiscriminate nature of gill nets means they capture not only hatchery salmon, but also endangered wild salmon and steelhead, sturgeon and other fish.

Gill nets don't just kill fish. They can also entangle diving birds, otters, beavers and other wildlife, causing them to drown, often after prolonged suffering. Gill nets are so effective at capturing nearly anything that swims that they have been dubbed "curtains of death." Oregon banned the use of gillnets along our coast over 45 years ago precisely because of their indiscriminate nature.

Unfortunately, old habits die hard, and gill net proponents are politically well-connected. Every previous effort by the Oregon Department of Fish and Wildlife and our Legislature to reform the use of gill nets in the Columbia River has been blocked. Time and time again, gill-net promoters have killed compromise proposals to relocate the nets to reduce harm to fish and wildlife, as well as measures that would encourage the adoption of more responsible fishing techniques.

Now, faced with a ballot initiative before Oregon voters, they are lashing out on the pages of the Oregonian and elsewhere. Their arguments just don’t hold water.

Gillnet Fiction:
This measure won’t save a single fish.

Gillnet Fact:
Gill nets are indiscriminate. Any fish that swims into them that is larger than the size of the mesh becomes trapped, regardless of whether they are a salmon from a fish hatchery or a wild steelhead or Chinook from a critically endangered run. Because of the damage they inflict to the gills, a large percentage of the fish trapped by gill nets will die even if they are freed and released. Measure 81 is also about more than just fish. Gillnets are indiscriminate, and all manner of wildlife, from diving birds to beavers, can be trapped and killed in them.

Ballot measure 81 requires that commercial fishers on the Columbia River transition from indiscriminate gillnets to more sustainable and selective fishing methods, such as purse seine nets, that allow wild salmon and steelhead to be released unharmed back into the river. State agencies from both Oregon and Washington have been testing more sustainable, selective fishing techniques in the Columbia River since 2009.

WDFW has said that:

"identifying commercial fishing gear capable of catching large numbers of hatchery fish while protecting wild fish would not only support conservation efforts, but also provide additional financial benefits for commercial fishers and the state of Washington."

"Development of viable fishing gear that can selectively remove hatchery fish would not only benefit commercial fisheries, but may also contribute to the recovery of wild salmon..."

The fact is that Measure 81 will save wild salmon and steelhead, as well as countless other species, from white sturgeon to river otters. And by encouraging the commercial fishing industry to adopt more sustainable practices, it will ensure that Oregonians for generations to come can continue to enjoy Columbia River salmon.

Gillnet Fiction:
This is not a conservation issue, it is about fish allocation. This is really about the recreational fisherman wanting to get all the fish.

Gillnet Fact:
Not a single world in Measure 81 provides more fish to recreational fishers. This measure is about protecting wild and endangered fish, and Oregon’s wildlife.

Around the world, policy makers and regulators are increasingly restricting gillnet use and encouraging commercial fishermen to use more sustainable practices. From New Zealand to Mexico, North Carolina to Hawaii, concern over the harm gillnets cause to wildlife has lead to restrictions on their use.

Oregon Wild (for whom I work) and the Humane Society of the United States are strong supporters of Measure 81 specifically because it will end the needless death of endangered salmon and steelhead as well as seabirds, beavers and other wildlife that die in gillnets. We are not a fishing group, nor are we particularly concerned with how harvest allocations for hatchery salmon are split.

There are numerous other examples of false claims made by gill net proponents regarding Measure 81, but you get the point. On any ballot initiative, there will always be strong differences of opinion, and heated rhetoric. But Oregon voters deserve a reality-based debate over the use of indiscriminate gillnets in the Columbia River. The reality is that if our state is to maintain a vibrant, sustainable commercial fishing industry in the Columbia for decades to come, we must reform this antiquated, indiscriminate fishing practice today.

You can head on over to the Yes on 81 campaign web site to find out more about why you should support this measure.