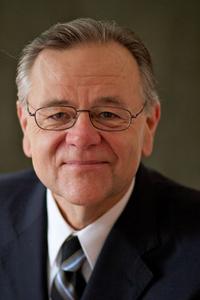 By Linda Love of Portland, Oregon. Linda is an attorney and an advocate for those injured by pharmaceutical and other products.

I am a woman who has practiced law for over 30 years who believes very strongly that more women should be voted into leadership positions everywhere, especially as judges. I ordinarily eagerly support women for judicial and other offices. There are no absolutes, however, and experience and background still matter. The more I learn about Judge Richard Baldwin, the more impressed I am. I have come to the clear conclusion that Judge Baldwin is the best choice for our state’s highest court even though his opponent, Nena Cook, is a woman.

Judge Baldwin is running to fill Justice Robert "Skip" Durham's position. Although it is rare for a sitting judge to advocate for his replacement, Justice Durham has been an outspoken supporter of Baldwin. Judge Baldwin has also received the support of the labor community, OLCV, Governor Barbara Roberts, and Governor Ted Kulongoski. Also unusual for a judicial race, over 60 judges statewide have endorsed Judge Baldwin for the Supreme Court. In addition, Judge Baldwin was the pronounced winner of the Oregon Bar Judicial Preference Poll last week with 68% of the vote.

Judge Richard Baldwin’s career in law has been notable. He moved to Oregon in 1972 to attend law school at Lewis and Clark. Judge Baldwin started his legal career as a Judicial Clerk to Judge Robert Foley, Oregon Court of Appeals. After that, he was the Director of Litigation, Multnomah County Legal Aid for four years. Judge Baldwin helped found the Oregon Law Center and then he was the Executive Director there for five years. He has 14 years of experience as trial attorney, including 10 years private practice. In 2001, Governor Kitzhaber appointed Judge Baldwin to the Multnomah County Circuit Court. Judge Baldwin has presided full time over a variety of criminal and civil trials, deciding the outcomes of cases and sentencing the convicted, for the past eleven years.

Judge Baldwin has shown by his actions that he cares about women. Judge Baldwin Co-Founded the Oregon Coalition Against Domestic Violence and helped to implement provisions of Abuse Prevention Act. He also was on the Board of the Raphael House. He has won awards for his effort promoting equality and access to justice within the bar. In 2008, the Oregon Women Lawyers awarded him the Judge Mercedes Deiz Award. He has also been the recipient of the Metropolitan Human Rights Center Russell A. Peyton Award.

One of the duties of a lawyer is to help educate voters about lawyers who seek to become judges. This is an important election for our state. Judge Richard Baldwin has the experience we need on our highest court and a history of public service that exemplifies a dedication to equality for all Oregonians. I invite you to learn more about Judge Baldwin and the Supreme Court Race on his website.

I will be voting for him this November and I hope you will consider doing the same.