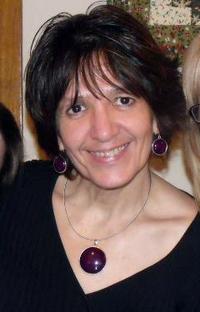 Late this afternoon, Clackamas County identified the suspect in the felony ballot-tampering investigation as Deanna Swenson of Oregon City, a 55-year-old registered Republican. Clackamas County has fired her.

When WW reporters came to her home Monday afternoon, Swenson wasn’t in a mood to talk. WW asked her how many ballots were involved, and Swenson replied tearfully, “Only the two.” Swenson declined to answer other questions. She said she has not yet hired an attorney to represent her.

Whether her claim that it was just two ballots is unknown:

County officials are especially concerned about the number of quarantined ballots, those processed by the worker and separated from ballots ready to be counted. Was it just a few, dozens, hundreds? No one would say.

As a guy who does a lot of social media work in politics, my first move is to the voterfile and to Facebook. Here's what I've learned:

Of course, the spin coming out of the County Clerk's office right now is that this was a one-time incident and it was contained to just two ballots. But here's what I want to know:

If this was a one-time freak incident that was caught immediately, then that's a wonderful thing. But that seems too tidy. We need a comprehensive investigation that goes back a decade or more to understand what's been happening. There have been way too many razor-thin elections in Clackamas County to be sanguine about all this.

Here's the full fan profile for Deanna Swenson. She's a fan of just 90 pages, but 39 of them are political - and all but one of those are right-wing activist pages: