Mitt Romney Lost Because He Ran An Insulting Campaign

Kind of like how Don Rickles is renowned for being the "insult comic" we missed our chance at seeing what Romney could've done as the "insult President." And for that, we should be relieved. 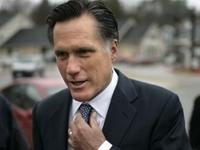 I wouldn't buy a used car from this guy. Somehow he got millions of votes to be our next President.

A lot of my Democratic-leaning political junkie friends and colleagues watched the last days of the election with a mixture of anxiety and trepidation. As the polls narrowed, and the race looked like it was going to be very close, the worst thoughts would cross both their mind and their lips. I used humor in my attempts to ease their concern: "Yes, I know the polls are looking tight right now. But Mitt Romney is not going to win simply because, at the end of the day, he's still Mitt Romney. And nobody wants him to be President."

So, yes, I relied on a little flippancy to make it through these last couple weeks. (That and the excellent analytical skills of Nate Silver, who I hope is collecting on the $2000 bet for Hurricane Sandy-relief that he offered Joe Scarborough.) But I was confident going into Election Night, and close friends can attest that I predicted Obama to finish with at least 330 electoral votes. (And depending on how Florida ends up getting called, that predicted tally would be virtually identical to the final number.) The reason for this confidence was simple. In the final analysis, Mitt Romney lost simply because he ran a campaign that insulted large swaths of the American people.

Of course, when discussing Romney's penchant for insulting voters, the obvious beginning would be his infamous "47 percent" statements that were released in September, causing the very first great cleavage between his polling numbers and President Obama's. These comments should be placed next to those of his running mate Paul Ryan, who said that the country was in danger of becoming one of "the makers versus the takers." And then let's not forget the immortal worlds of one-time GOP frontrunner Herman Cain, who said that those that were out of work or facing rough economic times should "blame yourself."

You got that, you low-life bottom feeders? You need to "blame yourself." Of course, according to the insights provided by economist Richard Wolff--whose interviews make up Occupy the Economy, a quick 110-page read that made for a perfect backdrop against these final days of the presidential campaign--it is unconscionable for those displaced by our current capitalist economic system to feel that they need to "blame themselves." Indeed, according to Wolff:

In the 1970s, U.S. capitalists discovered that they no longer needed to raise wages; they had less >need for workers and more people looking for jobs. And every capitalist in the U.S. realized what >many had learned at M.B.A. school could be put into effect, namely, the great lesson that if you >don't have to raise wages for your workers, don't do it. You make more money. That's what U.S. >employers have done for more than 30 years now.

According to the Bureau of Labor Statistics in Washington, which keeps these records, the average >wage earned by an American worker in 2011 is about what it was in 1978. We've had thirty-plus >years in which the real wage, on average, hasn't improved in the United States. That is a sea >change in our history. Meanwhile, the last thirty years have seen rising worker productivity: >workers were producing more for their employers to sell while employers gave no more for their >work.

...by 2007, the American working class had accumulated a level of debt that was no longer >sustainable. People just couldn't make payments anymore. The bubble began to burst. It's a crisis >that dates back to the 1970s, when the wages stopped going up, a crisis that was postponed for a >generation, for thirty years, by debt that could no longer be expanded. By 2007 an entire mass of >American people were literally exhausted, exhausted physically by all the work; and exhausted >psychologically because the family that had held people's lives togetehr had been blown apart >because of the destructive consequences that overworking had placed on the family.

According to Wolff, the combination of automation and out-sourcing has resulted in nearly one-third of the U.S.'s industrial capacity sitting idle and unproductive, including both equipment and over 20 million unemployed workers. And we are not talking about unskilled Americans who should "blame themselves" for lacking education and training, but instead we are talking about skilled workers replaced by machines, and thus having a skill-set that becomes outdated and worthless. And as the former CEO and Chairman of Bain Capital, Mitt Romney has first-hand knowledge of how out-sourcing has resulted in decimated workforces, resulting in a larger burden to shoulder for the remaining employees to ensure the increased productivity that is expected by American employers.

But referring to half the electorate with such disparaging remarks as "takers" or "unwilling to have self-responsibility for the lives" was just one way in which Mitt Romney and his surrogates insulted voters. Another way was his campaign's reliance on complete, unadulterated malarkey when it came to voter communication and outreach. Consider the following: Doubling down in Northern Ohio on the lies that Chrysler was moving its Jeep production facilities to China. (A lie which drew not only a rebuke from Chrysler's executive management, but also resulted in Chrysler allowing their workers to take the day off on Election Day.) Romney also made up out of whole cloth the suggestion that President Obama waived welfare-to-work requirements for certain states. In fact, the Romney's campaign reliance on a "bunch of stuff" became so essential that over the summer a campaign pollster stated that the campaign would "not be dictated by fact-checkers." An admittance to relying on lies could not be any more blatant, which is just as insulting as telling half the country they are nothing but a bunch of government-leeching losers.

And let's not forget Romney's international insult tour this past summer. Although another repeated Romney lie was that Obama went on some sort of "apology tour"--Obama never once said the words "apologize" or "I'm sorry" at any foreign stop, and even if he did let's not forget that U.S. foreign relations were at a nadir after eight years of George W. Bush--Romney went on a tour in which he left a trail of insults in his wake, from Great Britain to Israel to Poland. Kind of like how Don Rickles is renowned for being the "insult comic" we missed our chance at seeing what Romney could've done as the "insult President." And for that, we should be relieved. During the third debate about foreign policy, when Romney wasn't agreeing with President Obama, he kept stating that the President had somehow alienated our foreign allies. Which was all it took for one Twitter user to remind everyone of Mitt Romney's summer insult tour.

In the end, it wasn't going to be close. Mitt Romney wrote off large sections of the American electorate, before scrambling back and reneging on his earlier comments, saying that he "cared about 100% of Americans." He ran a campaign that stretched the truth to the point that other business leaders--nominally his core group of supporters--were saying that Romney was running a presidential campaign in a "parallel universe." And by insulting other countries while traveling abroad, Mitt Romney became the personification of the "ugly American," which reflected poorly on the electorate back home.

Many so-called "expert" political pundits predicted a long night on Tuesday, caused by many states with races too close to count and even suggested a winner may not be known for days or weeks after Election Day. Instead, Barack Obama was confirmed having won his re-election at 8:15 PST, just fifteen minutes later than when he was confirmed four years ago. Many watchers and pundits might have been surprised. For those who had recognized just how insulting Mitt Romney was a candidate, Obama's quick confirmation of re-election was to be expected.