A Bridge to Austerity: The CRC 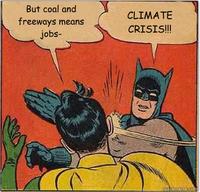 By Hart Noecker of Portland, Oregon. Hart is a filmmaker and livable streets activist originally from Lansing, Michigan. Learn more at his Facebook page.

The colossal Columbia River Crossing mega-project is far more than a new bridge from Portland to Vancouver. It is a 12 lane, 9 mile long, $4.5 billion dollar gift to developers who want to incentivize suburban sprawl in Clark county. But unlike multi-modal projects like the MAX Orange line bridge currently being built over the Willamette river, once the CRC is complete it will require billions upon billions of dollars more to maintain and operate. Once these hidden costs are factored in, the CRC's true price tag sores to upwards of $10 billion dollars. That is a volume of money that will cause deep cuts to desperately needed transportation dollars for the kinds of livable streets projects that will be crucial in the coming decades.

Austerity is defined as the cutting of government spending, usually on programs and infrastructure for the poorest and most vulnerable members of society to make up for the mistakes and greed of the ultra-rich. We're told that such cuts are necessary to resolve the 'debt ceiling' or 'fiscal cliff' or whatever new term the Wallstreet Journal and their right-wing thing-tankers come up with. Social welfare makes up some $59 billion annually while corporate welfare sucks up a bloated $92 billion per year. Let's think about this. That's $92,000,000,000.00 dollars in welfare for people that are ALREADY billionaires. Oh, you wanted more school books for children? Have a bake sale.

One of the most horrid components of austerity are the false claims of crisis that are manufactured to sell the public on cutting social programs. Here in Oregon, governor John Kitzhaber convened an "emergency" legislative session to address NIKE's demand for a 40 year fixed tax rate, which is essentially a guaranteed tax break over a period of decades. Kitzhaber proclaimed that this act of undemocratic policy was predicated on a "jobs crisis", nevermind the crisis of having a job working in a NIKE sweatshop factory. Every tax dollar the hyper-rich NIKE empire avoids paying our state will ultimately have to be made up elsewhere, either by tax increases to the working class or by cutting services that the poor rely upon, likely both. This is austerity.

If we're being told that drastic measures are needed in the face of an employment crisis, then where is the bold leadership from Kitzhaber and the rest of Oregon's allegedly liberal leaders where it concerns a far more critical crisis like a changing climate brought on by global warming? Sadly, it's nowhere to be found.

Despite 2012 being the single hottest year in the U.S. since thermometers were invented, despite continually increasing carbon emissions, and despite an exponentially growing human population consuming an ever greater amount of natural resources, our elected leaders appear willfully ignorant of how to change course on fossil fuels and the built infrastructure that enables our automobile addiction. This inability to show true leadership is going to cost us far more than just $10 billion to build a bridge. It will cost us our health, our well-being - our very social fabric will be damaged as thousands more Clark county cars pollute Portland's air quality and clog our streets each day. As any responsible traffic engineer or urban planner will confirm, more lanes creates more traffic.

Currently, many of Portland's neighborhood streets are under capacity for motor vehicles, and that is a very good thing. This allows for streets to be used for multiple purposes, providing the livability and social wealth that made main street America an iconic, desirable place to call home. Kids can play outdoors safely, dogs get walked, neighbors can share conversations, squirrels and crows compete for autumn chestnuts. Contrast this to the high volume freeways and surface highways that criss-cross our city and you'll find an environment of broken bottles, drug abuse, noise pollution, fast food chains, unbreathable air, and job prospects that pay barely more than minimum wage. The way we design our streets literally controls what kind of life we will experience, and the more automobile traffic, the greater the negative cost to our daily lives.

Millions of Americans are approaching an age when driving will no longer be an option. Our elderly may well become trapped inside their homes, unable to access the needed services like doctors offices and grocery stores that in many places are accessible solely by motor vehicle. We desperately need money and political will-power to retrofit places like these with better pedestrian crossings and accessible infrastructure. Building the CRC will ensure that the money necessary for these livable street improvements will be cut or simply be nonexistent for decades. That is a mistake we cannot afford to make.

All across the country as driving becomes economically and ecologically unaffordable, you would think that the the logical choice would be to incentivize more public transportation and bicycle use. Unfortunately, just the opposite is happening. In city after city we are seeing cuts to public transit service and rapid increases to fares at a time when more and more Americans are becoming dependent on them. The initial $4.5 billion that the CRC will cost is enough money to double our region's light rail capacity and cut in half the cost of fares for Portland's bus and rail users. But that would be logical.

Instead we are about to dump all our money on a freeway expansion that will further poison our air, that will continue heating our climate, that will escalate our addiction to automobiles and fossil fuels. It will damage the livability of our streets and decrease our ability to improve and maintain a multitude of essential active transportation projects. And all the while, private corporations that will profit from the construction and costly maintenance of the CRC will get richer and richer. This is austerity. This is the Columbia River Crossing.

Oregon's next legislative session begins February 4th, 2013. The decision to fund Oregon's $490 million dollar share of the project's construction will likely receive a vote this session.

Please, contact your state legislator and tell them to vote NO to austerity and NO to the CRC.