Sidewalks or Highways: Prioritizing the Prevention of Unnecessary Tragedy 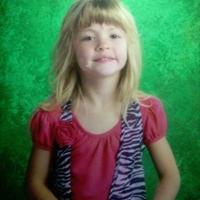 By Lisa Marie White of Portland, Oregon. Lisa is a registered nurse, a board member of Bike Walk Vote, and describes herself as "a citizen actively engaged in promoting healthy communities in Portland and all of Oregon." Previously, she contributed "Truce: An end to the car-bike wars"

Monday, citizens received the news that the Oregon State Senate passed a bill authorizing funding for an over $3 billion highway expansion, committing transportation funds we don't actually have and the added interest charged to borrow the money in what, if the Governor signs the bill, will go down in history as the single largest expenditure on a single public works project in Oregon's history.

Meanwhile, just this past Thursday night in East Portland, a place where many streets are unpaved and most are framed by dirt and gravel, a family received the news no parent is ever truly prepared to receive. A tragedy of which no sense can ever be made: the death of a child.

On 136th Avenue, a street where the city says our budget is too tight to spend an already committed $1.2 million dollars for sidewalks, Morgan Maynard-Cook, a 5 year old girl was stuck and killed by a car while crossing the street.

And this wasn't the first time. A girl had previously been struck crossing the street on the same stretch of road in this eastern neighborhood often neglected and ignored when it comes to the allocation of transportation dollars. A sidewalk project on this street will save lives, yet the Hales administration is currently planning to cut the project from this year's budget.

Why? Because we "don't have the money".

Five year old Morgan was killed by no fault of her own other than walking in her neighborhood and living east of 82nd Avenue, where "back to basics" doesn't include the basic safety of sidewalks. It would be comical if it wasn't so tragic that a project, which studies show saves the lives of pedestrians like this little girl, costing a mere 0.0004% of the CRC is considered "unaffordable".

Studies show the CRC will increase childhood asthma rates, which are already disastrous in N/NE Portland, increase CO2 emissions by 32%, increase automobile crashes, won't fix any of the more than two DOZEN ODOT bridges in worse seismic condition, and planners know that the congestion they're seeking to alleviate will only be pushed down into the Rose Quarter.

We can afford this, but not the kind of basic street safety that prevents unnecessary death?

What is more basic than a child's life? Than the health and safety of those most vulnerable?

This death was preventable. It is shameful that it takes a tragedy such as this to demonstrate the budgetary value of infrastructure for active transportation.

Our legislators and Mayor pressed for easy passage of a project that bankrupts transportation dollars in our state while willfully placing our children's lives at risk by denying the necessity of basic infrastructure for all road users in all neighborhoods. Just how much is a childâ s life worth? Ask their parents. Ask yourselves.

What are our priorities as a city? If we can't afford to provide for the safety of our children, it's time to reexamine where and how our money is being spent.

Thoughts and hearts are with the family, the poor children who witnessed what happened, the driver whose life is forever changed, and the little girl who passed. In the days ahead, we need to do everything within our power to ensure that this heart-breaking tragedy is not repeated. That her life and legacy will serve as an impetus for safer streets. That she did not die in vain.

This is a solemn wake-up call. Let's hope our representatives are listening.