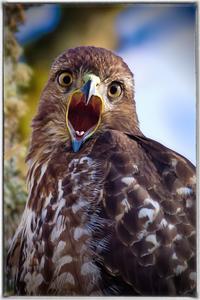 By Robert Klavins. Robert is a wildlife advocate at Oregon Wild. Previously, he contributed "Why the rush to kill endangered wolves?"

Q: What do the following people have in common?

A: Under legislation being considered in Salem, all of them would be banned from ever serving on the Oregon Department of Fish and Wildlife (ODFW) Commission - the board of Governor-appointed citizens who oversee wildlife conservation in our state.

Commissioners are supposed to provide independent guidance and oversight to ensure the long-term interests of all Oregonians are protected. The agency it oversees is charged with protecting all fish and wildlife in our state, from salmon and elk to songbirds and river otters. Yet the bill in question, HB3437 - introduced by Representative Sal Esquivel - would hijack the Commission and ban the Governor from appointing anyone who has not held a hunting or fishing license in Oregon for the last 10 consecutive years.

The bill would turn the ODFW Commission into an good ol’ boys club, where the overwhelming majority of Oregonians who do not hold either license are banned from having a voice.

Hunters and anglers should be represented on the Commission, but everyone has a stake in how Oregon’s wildlife heritage is managed. Wildlife belongs to all citizens whether they hunt, fish, or feed birds in their backyard. Oregon’s natural treasures and abundant wildlife are world renowned. They provide measurable economic value and less quantifiable – but no less significant – benefits that enhance our quality of life.

Like nearly all state wildlife agencies, ODFW faces serious challenges. In 1975, the agency responsible for managing wildlife for all Oregonians changed its name from the Department of Fish & Game. However, most of the budget is still directly tied to hunting and fishing license sales. Less than 5% comes from Oregon’s general tax dollars and the lottery.

Unfortunately, that funding structure has meant that the agency’s broader wildlife conservation mission is often cast aside, and that the most vocal in the hunting and fishing community hold disproportionate political power over the agency. While there is nothing wrong with hunters and anglers serving on the commission or having a key voice with the agency, many other wildlife stakeholders rightfully already feel excluded from management decisions.

According to the Outdoor Industry Association, outdoor recreation in Oregon generates nearly $13 billion in consumer spending, 141,000 direct jobs, and $955 million in state and local tax revenue. Only about 10% comes from hunting and fishing.

What’s more, the number of Oregonians and Americans who hold hunting and fishing licenses is steadily declining.

Today, Oregonians are more likely to be concerned about the decline of songbirds than filling an elk tag. This means fewer dollars are coming to the agency from license sales, at the same time more and more Oregonians wish to see it stay true to its broad conservation mission. Unfortunately, rather than address a real problem with a real solution, HB3437 discriminates against most citizens and tightens the stranglehold narrow interests already have on the agency.

To solve the problem, it would make sense to broaden the tent and welcome the vast majority of Oregonians who have a stake in wildlife but don’t hunt or fish. Rather than focus on a collaborative solution that could serve as a model to states around the country, HB3437 would double down on the problem by turning ODFW into a private hunting and fishing club managed by only the most diehard.

Oregon’s wildlife belongs to all of us. Those responsible for making decisions about management should be chosen because of their qualifications and knowledge, not a political or recreational litmus test based on how ardent of a hunter or angler they are.

To be clear, hunters and anglers deserve a seat at the table. But no single interest group deserves all the seats.

Oregon Wild was founded in part by elk hunters concerned about the loss of big game habitat. Our membership and staff still includes people from around the state who hunt and fish. Our forty-year record on protecting and enhancing those interests in Oregon compares favorably to any other.

Whether we choose to pick up a rifle or binoculars, a fishing pole or a camera, we all deserve to have a voice in how Oregon’s fish and wildlife are managed.

HB3437 will have a hearing in the House Agriculture and Natural Resources Committee on April 4th. Whether you hunt or fish, hike or bird watch, or just enjoy knowing that Oregon is still home to an amazing diversity of wildlife, I hope you will join Oregon Wild in urging Chairman Brad Witt, and others on the Committee, to shut the door on this divisive and discriminatory legislation.