The Fluoride Debate: Is this Really Portland? 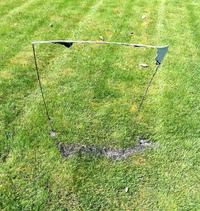 Portland has a reputation, earned or not, of being full of just really nice people. You know, the Portlandia episode where all of the Subaru station wagons are parked at a four way stop, but no one wants to go first?

This niceness has been occasionally ruffled by contentious political fights, and I’ve been involved in some of them. Novick/Merkley. Collymore/Smith. Those fights were hard, and yet we’ve all moved on for the greater good of our community.

But I, along with many other far more seasoned political veterans, have never seen anything like what is going on with fluoride. And I’m not sure how we’re going to move past it.

For those like me, who support water fluoridation and have been visible about it, I wish I could say that we’ve been able to express our opinions without recourse. Without threats, intimidation, harassment and more.

I haven’t ever shied away from controversy, having been involved in pro-choice and pro-gay rights movements for a long time. Yet a couple of weeks ago, when I made a video in support of fluoride, highlighting social justice issues, someone publically wished me death.

I wish that were an isolated incident. When a mother of six attended a community event wearing a pro-fluoride t-shirt, someone screamed at her, saying that she was a baby killer. I mean, a mother of six?

Other respected community leaders, from Cameron Whitten to the pediatrician and bike advocate, Dr. Philip Wu, have had insulting memes pushed around the Internet. As reported in the Willamette Week, a supporter’s information was publically posted online, with invitations to harass her, and then, of course, we have the lawn sign burned on a supporter’s lawn deep in the heart of SE Portlandia. Other lawn signs have been draped with animal feces. Nice.

Unfortunately, these are just some of the highlights. Really? Is this really Portland? Many people I know will be voting yes on 26-151 but don’t want to speak up, and I can’t blame them.

It’s heartbreaking that this is our community, that when faced with a controversial issue, we are confronted with this.

And then, another decidedly un-Portlandia reality – the financial support of the Tea Party of a Portland campaign. For some time, the Tea Party has tried to secure a foothold in Oregon through their typical strategies – voter ID, union busting and more, yet they’ve never found traction. Now, they’re providing significant support for the anti-fluoride campaign.

I’ll ask again, is this really Portland, when we start accepting money from the Tea Party? Opponents say it’s about personal choice, but when they use such tactics do they really have the best interest of the community at heart?

I happen to think that fluoridation is the right thing to do for kids and our community, which has 40% higher rates of dental decay than comparable communities. I happen to think that, like the Portland Mercury has shown, the arguments against fluoride are not based in credible science. I to happen strongly believe that when the vast majority of Portland’s organizations of color push for a policy, like they have with fluoride, the rest of Portland should listen, and act.

That’s what I believe. I wish I could have expressed this without fearing for my life and for my family.

While I’ve been lucky to engage in some respectful debates about fluoride, the fear, the intimidation, the harassment, the threats, and the Tea Party, have no place in our community.

Regardless of how you vote, there’s no place for this. We have a little over one week left before the election. Let’s all make sure that these days are peaceful.