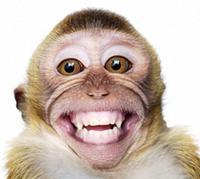 Yea, this is how I feel about this.

I turned in my ballot about an hour ago, running up N Commercial to the Killingsworth Library in the rain (prior to some sprint training, also in the rain). I voted for Micro Dorrow, Tom Koehler and Martain Gonzalez. I voted Yes on the Children’s Levy and the Natural Resources Levy. Those were all easy votes.

Fluoride? I ended up voting from the place I was at when this campaign began: I did not cast a vote. I will be an undervote in the official tally: A ballot that does not vote on a particular issue. I’m not happy with that vote, but I’m also satisfied I voted my principles and my conscious.

This measure should never have been on the ballot. For starters, few voters have the competence to judge on the facts. I know I don’t, and I’ve paid attention. I’ve done research. I’ve listened to both sides. And while I know that fluoride in the water would be of great benefit to our kids, I also believe it will do little good for anyone else and might be harmful to a small number of Portlanders. But in the end, I don’t really know. I’m not a doctor or a scientist or an expert layperson. I do not know. I do not have the competence to make a decision of this nature.

Or would you like me to vote on other aspects of your personal health regime as well?

This measure should never have been on the ballot. I commend Upstream Public Health for their good work on vital health issues, but damn. When it came to this, as a matter of policy and not health, they made every mistake in the public admin book. The City Council was right there with them. The moment the protesters started showing up in force and muttering about initiatives, they should have seen the writing on the wall. Either Mayor Adams and the Council thought the anti-fluoride crowd was small and going to be ignored by the rest of the city, or they weren’t even paying attention. Neither is good, and the end result is bad: a ballot measure that never should have been.

Had the Council been thinking straight about the politics, they would have tabled the proposal and set up a work group of some kind. Not everyone likes work groups – they are often an excuse to avoid responsibility and do nothing about an issue – but there are times when a government body needs to farm out an issue. Sometimes to experts; sometimes to community members. In this case, a broad-based group of citizens (not activists on the issue) with a charge to hear a wide spectrum of experts, get community input, and come to a consensus decision on what the Council should do.

It’s not too late for this step. Whatever the outcome of the election, Mayor Hales should do exactly this. With the low turnout that is inevitable, and the down-the-middle split the vote will represent, the outcome of this vote will not satisfy anyone. Half the electorate is going to be upset. It’s not too late to do the right thing. What’s been done so far has been a succession of wrong moves. Mayor Hales and new Council can reverse that, whatever the vote is at 8 pm.

I believe in voting; I live for elections. The future of our country, of our state and communities, is at stake everytime we head to the polls (metaphorically in Oregon). I believe in citizens doing their duty, and in being informed when they do. That’s why I’m opposed to most ballot measures and initiatives even being on the ballot. The initiative process should be a last resort, but it’s become the way we craft legislation. That’s bad government, and it’s got to stop. And just because this issue was on the ballot doesn’t mean that’s got to be the end of it. Let’s turn this over to a group of folks who can represent their community in an informed, rational, and responsible manner.