Steve Buel: Why I'm Running for Portland School Board 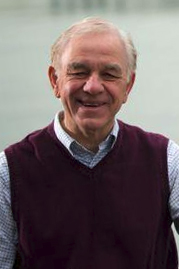 Most people can't name the members of the school board, yet the board oversees a budget of almost a half billion dollars, is responsible for schools in every one of Portland's neighborhoods, and educates almost 50,000 of our children. I'm running because I think we can do this better and I think my over forty years of teaching and previous experience on the school board would be a help. Here are some of the issues and what I think about them.

Many of Portland's schools are overrun by high-stakes testing and other corporate education reform issues. Instead of prioritizing a good, solid, well-rounded education we are too often teaching to the test, narrowing the curriculum, and spending time, energy, and money here instead of focusing on what is wrong in each individual school. If your fourth grade teachers are weak then there is not much Arne Duncan in Washington D.C. or Rudy Crew in Salem can do about it. But we can. We need to emphasize correcting the problems in each school instead of instigating more top-down mandates which are neither efficient nor effective. And we need to manage the testing to negate its negative effects.

We are doing a weak job of including teachers, parents and the public in helping us solve district problems. Normally input to the school board includes a person testifying, no response, then another person testifying, no response. We need to have a true dialogue, a give and take, a genuine desire to understand what people are thinking, in essence, real communication. The other problem is we don't include the community up front in solving problems. We give the public options and ask them to fight over them, instead of using the public's expertise and ideas to develop the options. This is simple to change ' you just need to believe it is a problem.

Portland Public Schools doesn't have a strong education plan. We need a plan which states what we are trying to teach, to whom we are teaching it, and how we are going to go about it. Without this we can't really stabilize the district enrollment boundaries, its grade configurations, the facility situation, the special programs we need, and lots of other basics. Hence, instead of having a solid education plan, we lurch from crisis to crisis, trying to contain the anger and shifting resources in a makeshift way as we are presently doing with funding a full day or not for high school students. Doesn't work very well.

The middle grades in Portland's poorer neighborhoods are a mess -- not because the teachers aren't good or we don't care. But we need to work much harder at including classes and programs which engage kids in school. We overemphasize testing and underemphasize the importance of engagement. The result is kids have 'dropout' in their brain long before they get to high school. This is much easier to fix in middle schools than in K-8 schools because of the budget. We need to prioritize this and work to have the community prioritize this because we will need their help.

Teachers are our most important resource. But the present school board has treated them poorly, made the morale problem worse, and started out by making errors in negotiations. This was totally unnecessary because Portland's teacher union is led by wonderful, child-oriented, and progressive people. Instead of respecting this, the school board has bad mouthed the contract in letters to thousands of parents, refused to sit down regularly with teachers, hired an expensive outside consultant, and offered a contract which is as draconian as I have ever seen, pretty much guaranteeing intransience instead of cooperative problem solving.

These are just a few of the things I would hope to address. I have both a website and a campaign facebook page where you can read much more if you would like. But please, pay attention. The schools are critical to the health of our city.

Editor's note: We have offered all candidates for this position an opportunity to submit a guest column.