The Lege needs to refer a repeal of M36. Now. 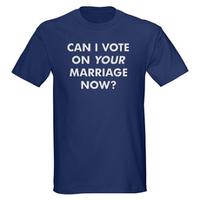 Yesterday, the Supreme Court ruled clearly: Same-sex marriages are equal under the law — under the United States Constitution — with “traditional” heterosexual marriage. The Court struck down DOMA, telling the U.S. government to apply laws equally to all marriages. At the same time, the Court ruled that Prop 8 in California remains overturned because the state itself did not seek to challenge the lower court ruling. Yes, that was a punt, and it was technical in nature, but the bottom line was crystal clear: “same-sex” marriage is the law in California.

Governor Brown acted within hours to ensure county clerks provide marriage licenses to all Californians. All marriages are equal in California today, as they are in the other twelve states that have passed marriage equality laws.

Oregon is not one of those states. Voters passed a local version of DOMA in 2004, Measure 36, but the Supreme Court has told us without any ambiguity: M36 is not constitutional. Justice Scalia, in a dissent that has been characterized by pundits as a homophobic rant, said that the DOMA ruling indicates exactly how the Court will rule on state laws in the future: those laws will fall as did DOMA.

In my opinion, however, the view that this Court will take of state prohibition of same-sex marriage is indicated beyond mistaking by today’s opinion. As I have said, the real rationale of today’s opinion … is that DOMA is motivated by “ ‘bare . . . desire to harm’” couples in same-sex marriages. How easy it is, indeed how inevitable, to reach the same conclusion with regard to state laws denying same-sex couples marital status. (emphasis added)

The Oregon Legislature has a responsibility to ensure that the Oregon Constitution complies with Supreme Court rulings. When the Lege knows that Oregon law does not pass constitutional muster, as is the case regarding marriage equality, they have the obligation, and the authority, to act immediately. This is what they must do in the final days of this session.

Speaker Tina Kotek and President Peter Courtney need to bring before their chambers legislation to refer a repeal of M36 to the people. Yes, there is a current campaign to do that, but the Legislature must never punt its own responsibilities to the people. There is a reason we have a legislature to whom we have given the responsibility for law-making. The initiative process is meant for those cases, which should be infrequent, when citizens are unable to get their elected representatives to act as they believe they should. When it comes to fixing a constitutional flaw, as Justice Scalia instructed us yesterday that Measure 36 is, relying on an initiative campaign would be a shameful dereliction of the Legislature’s duty under the Oregon Constitution.

Repeal of Measure 36 is the responsibility of the Legislature to initiate, not the citizenry.

We no longer live in 2004. The question of the constitutionality of marriage equality is, as of yesterday morning, settled law in the United States. If M36 were to appear in court today, it would be struck down. Even Antonin Scalia agrees that is true. So why should the Legislature sit back and let others do the work we send them to Salem to do? Yes, it’s late in the session, and this isn’t as simple as taking lunch orders. But the legal status of M36 is simple: it’s unconstitutional in the United States. A lame duck. Bad law.

Governor Kitzhaber and the Legislature have a responsibility under our state constitution: refer a repeal to M36 to the people. Don’t pass along your authority, your duty, to private citizens. We’ll still have to have the same political struggle to pass the referendum as the initiative measure, but at least the people of Oregon will know that their elected representatives took responsibility and did what their oaths of office demanded of them.

Speaker Kotek, President Courtney, Governor Kitzhaber: Get this done now. Refer a repeal of Measure 36 to the people of Oregon. You really have no choice in this matter.