Marriage Equality: Fired Up and It IS a GO! 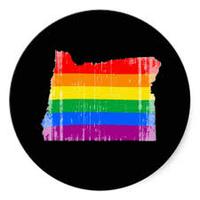 Here we go! In 2 days the petitions will be ready for pick up, and the signature gathering starts for for Marriage Equality in Oregon. We are now on the clock to sling Measure 36 of 2004 into the historical dumpster of discarded discriminatory policy (and good riddance). But with 15 and 1/2 months to go until the Nov. 2014 election and 11 and 1/2 months to collect over 116,000 signatures, the work ahead will take an army of folks.

Fortunately, activists all over the state are leaping over each other to be part of this dynamic effort, and sign-ups are going through the roof. In an effort that can only be described as herculean, the great folks over at Oregon United have created an amazing network of of locations and logistics that will make it simple for any activist, rookie or grizzled vet, to jump in and be part of the cause.

Of COURSE this is a pitch. Don't YOU want to be part of the action that yanks discrimination OUT of our State Constitution? Say YES right here.. You will select a city, a day, a time and location to pick up YOUR petition packet. You've not collected signatures before? Don't sweat it; training will be provided for all - even the grizzled ones will need to be updated on Oregon petition requirements!

Emily McLain, Deputy Outreach Director for Oregon United said that the this weekend's launch would be huge and involve well over a thousand volunteers. Even so, organizations are joining the marriage equality coalition daily, which will allow for an ever expanding network of petition pick-up/collection locations.

McLain encourages folks to get on board now, "It's very exciting to finally be able to release the petitions, and there is really something special about being part of the opening weekend, both for organizers and volunteers." She noted that when Oregon United kept running into delays (because of right wing legal challenges), developing a Rapid Response program became the obvious solution.

I think they will have more - let's help make it so.