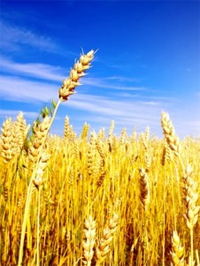 During this year’s regular legislative session, the Oregon House blocked the Oregon Monsanto Protection Act (SB 633), a bill that would have stripped the ability of local jurisdictions to regulate genetically-modified crops (GMOs).

For the upcoming special session’s “Grand Bargain”, Republicans have decided that doing the bidding of powerful chemical companies and out-of-state groups is more important than doing what’s right for family farmers and food safety. They've shoved the Oregon Monsanto Protection Act into the bargain in exchange for their support of unrelated revenue.

Sign the petition NOW and ask Governor Kitzhaber to pull the Oregon Monsanto Protection Act from the special session agenda.

Cities and counties should be able to put rules around whether or not they want these frankenfoods in their area. We've already seen what happens when genetically engineered wheat was found in Oregon. Wheat from our state was rejected in the world market and by consumers who were worried about GE contamination.

Tell the Republicans to keep their hands off of local jurisdictions. Sign the petition and ask that the Oregon Monsanto Protection Act be removed from the special session.

Family farmers, food safety advocates and Oregonians who value local, organic food deserve the opportunity to keep local control and regulation of their food. Republicans in the Oregon Legislature shouldn't demand special protections for global chemical companies in exchange for their cooperation on unrelated issues.

Join BlueOregon Action, the Oregon League of Conservation Voters, and Rep. Jules Bailey to ask that the Oregon Monsanto Protection Act be removed from the special session agenda. Sign the petition now.

We oppose efforts to stop local governments from taking action against GMO seed and products. Any threat to Oregon's organic agriculture is a threat to our economy and the family farming tradition of our state. We strongly urge you to remove the Oregon Monsanto Protection Act, from the agenda for the special session.

This petition is sponsored by BlueOregon, Oregon League of Conservation Voters, and Friends of Jules Bailey. By signing, you agree to receive email updates from BlueOregon, OLCV, and Rep. Jules Bailey about this petition and other critical issues. (You may always unsubscribe, of course.) Learn more.