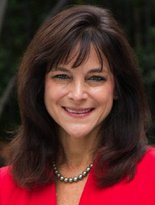 Apparently, getting a medal from the GOP box of Cracker Jacks warrants front page news on Monica Wehby's website:

On the front page of her website, Oregon Senate candidate Monica Wehby prominently states that she has received the "Congressional Medal of Distinction for improving children's health."

Despite its name, however, this award is not issued by Congress. Instead it comes from a Republican campaign organization, the National Republican Congressional Committee. The committee -- which oversees political campaigns for the House GOP -- handed out the awards to numerous recipients for several years up until 2008.

The medal actually strongly infers by its markings that Congress handed out the award. I guess this isn't surprising. It's not as if the GOP aren't marketing BS to the public on a daily basis. But I always hold out hope that people running for office won't be so obvious about it. Color me naive.

The woman is a pediatric neurosurgeon. She's been active in political life. It's just a bonehead move to fluff up her credentials in such ham-fisted manner. This is just amateurish and unnecessary.