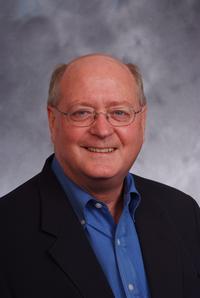 I try really hard to be an optimist when it comes to my county commission. After all, Washington County is the supposed economic engine of the state. But when I see utter garbage spewed forth from the mind of one of the commissioners, it goes a long way to eroding my faith in this elected body.

Fortunately, county employees here in Washington County are covered for health care with a plan choice of either Kaiser or Providence. There may come a time when Obamacare attempts to intrude, either through our state or federal government, on our local healthcare options. As we have seen, any such intrusion could, if not dealt with properly and firmly, result in taking funds from delivering necessary services to the citizens of this county – especially public safety services – or to raising revenues from our citizens who are already hard pressed financially.

I will resist in all possible manner any attempt by either the state or the federal government to impose their bureaucratic will on the people of Washington County.

Complete nonsense. Bob Terry has no power whatsoever to change federal law from his perch as a county commissioner. I guess he could yell at our Senators or Congresswoman Bonamici, but other than that he's got about as much mojo to make decisions about the Affordable Care Act as I do. This is just a bunch of yammering silliness on his part.

And since when is Bob Terry such a big champion of thwarting bureaucracy or the sucking of government tax dollars from necessary services? This from the guy who is more than happy to jack county registration fees for cars to pay for road maintenance from expansions that the majority of people don't want. And does so while systematically working to squander our tax dollars on his pet projects instead of putting them where they're really needed, like road maintenance on what we already have and countywide programs for kids.

As an aside, talking down to the state representative who came to your meeting to question how the county is using the tax dollars sent to it BY THE LEGISLATURE is a jackass move, Bob.