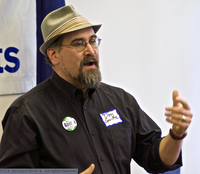 A reliance on snark and showing up at a candidates forum as if you’re making a quick run to the grocery: signs that you’re not a serious candidate for public office.

The number of candidates and staffers at the April 10 Central Committee Meeting of the Multnomah County Democrats was almost equal to the number of audience members. The reason so many turned out, of course, is that, small as the audience may have been, these were activist Democratic voters who give money and time to Democratic candidates.

Candidates in contested races got one minute to speak, but, for those who were prepared, it was a minute well spent. Don Gavitte, one of six candidates for the open House District 42 seat, combined stand-up comedy with a quick overview of his resumé and platform. Sharon Maxwell demonstrated oratorical chops, noting that she and the Civil Rights Act are the same age. Kathleen Taylor’s minute was spent listing an impressive slate of endorsements. Nick Fish proved his skills as a speaker and politician, praised others rather than himself, including fellow City Councilor Amanda Fritz and her achievement is getting paid sick leave passed. (Dan Saltzman, in contract, tried to give the impression he had been a key player in that effort, saying nothing at all about Fritz.)

Some candidates don’t have the hang of public speaking, including a number of candidates and electeds for whom this should be old hat.

Then there were the amateurs. Not ready for prime time. The habitual candidates for whom an election is like crack and those who get upset enough to run but are not dedicated enough to run an effective challenge. 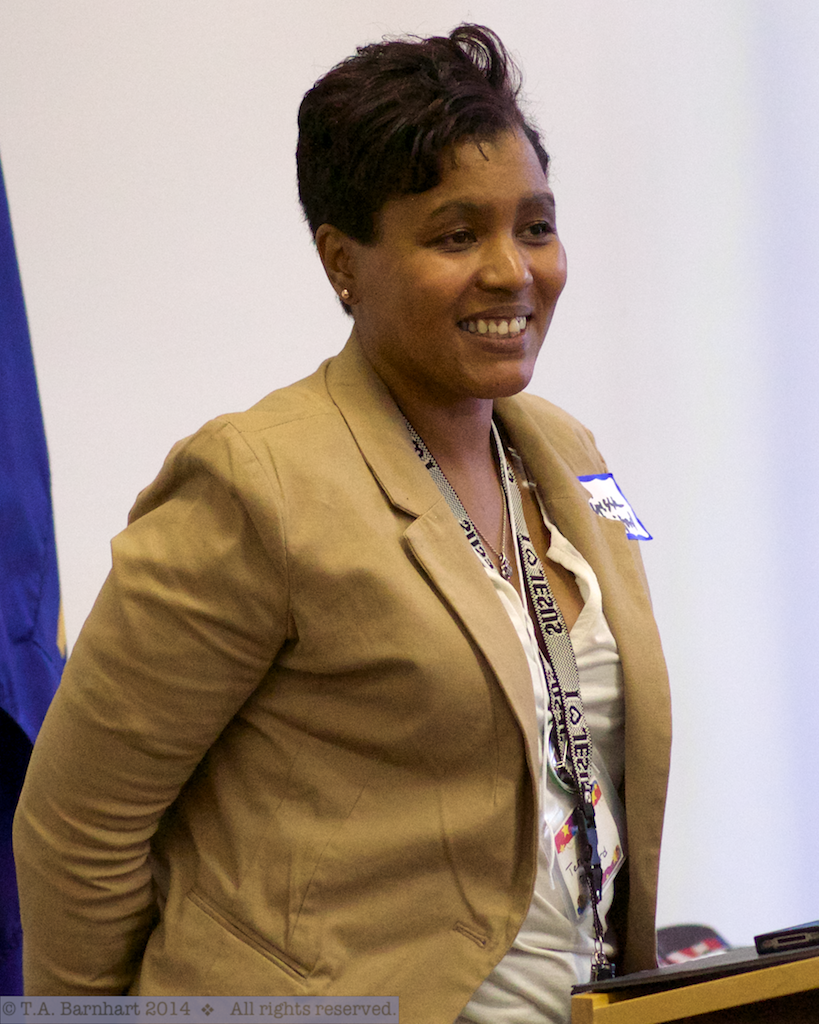 Teressa Raiford is not among those. Raiford isn’t content to just challenge in incumbent she’s disappointed in; she’s out to win. She’s doing the kind of work necessary to defeat a well-established incumbent. In a low-turnout primary where this race will be decided, she has a chance if she can mobilize supporters to return their ballots.

Joe Rowe has no chance, and he demonstrated that. Casual dress is one thing; Gavitte appeared in casual clothing with his trademark fedora. But Gavitte’s casual approach was thoroughly professional: a calculated style. Rowe’s casualness was a reflection of his campaign, which is based more on his personal opposition to the incumbent, House Speaker Tina Kotek — in particular, the CRC. (His website accuses her of working for corporations, taking their money and doing their bidding.)

Showing up in a suit and tie with a memorized speech, full-color handouts and lawn signs are not hallmarks of serious political intent. Many of the candidates who spoke were dressed casually (appropriate for this event), but the ones who took their task as candidate seriously showed a focus and determination that came through even if their public speaking abilities were not Obama-esque. 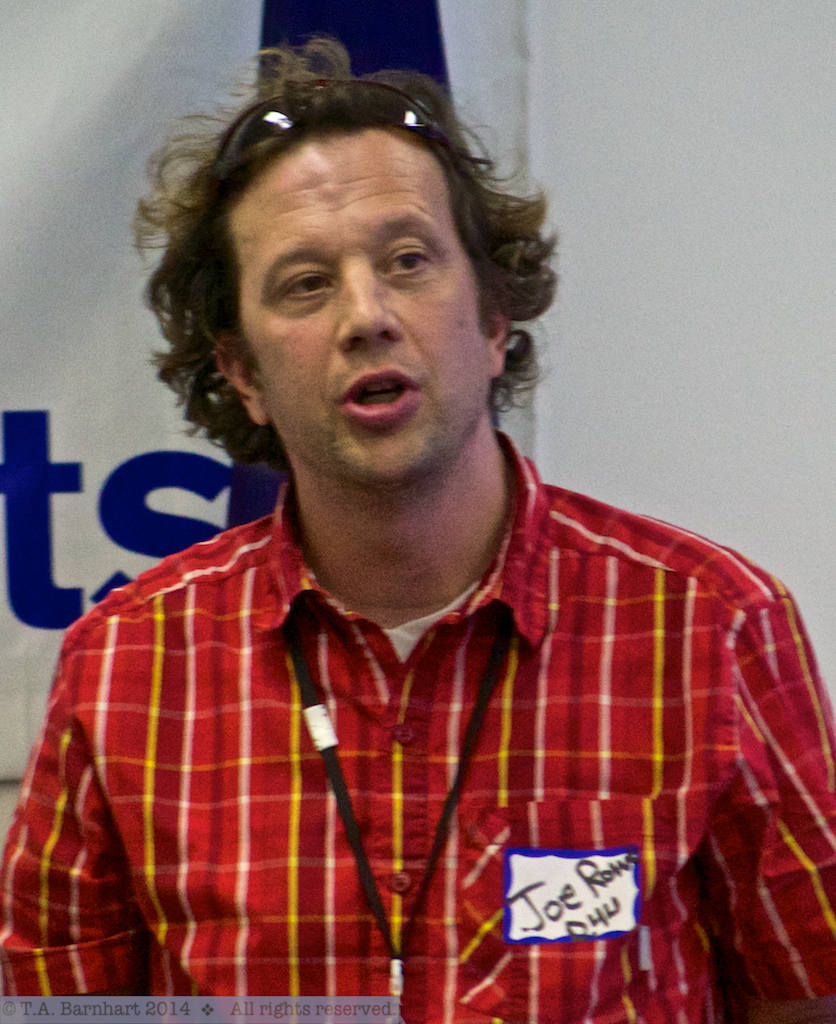 Rowe showed no serious intent. He spoke, looked, and behaved like some dude who decided to drop in at the last minute. He failed to enunciate the slightest reason why anyone should vote for him and not one of the most powerful people in the state. After all, if your state representative is also Speaker of the House, your district stands to be in good shape as legislation is developed. Of course, the Speaker is responsible for the entire House, so, for example, her “failure” to not sign on as a co-sponsor of a bill regarding single payer should not be characterized as opposition to single payer; she’s just not going to sign on to every damn bill she might agree with.

No legislator does, and the serious candidates know that.

The serious candidates also know that the Affordable Care Act blocks states from enacting single payer until 2017, which is why Vermont’s plan is still in progress. Tom Sincic’s call for single payer “now” demonstrated a lack of serious intent in challenging the incumbent.

But if there is anything that demonstrates a candidate’s lack of serious intent, it’s a stump speech built on snark and code words that while on the surface may sound like they are about the candidate but in reality are intended to attack the opponent. The more times such words are repeated, the more churlish, and amateurish, the candidate sounds. 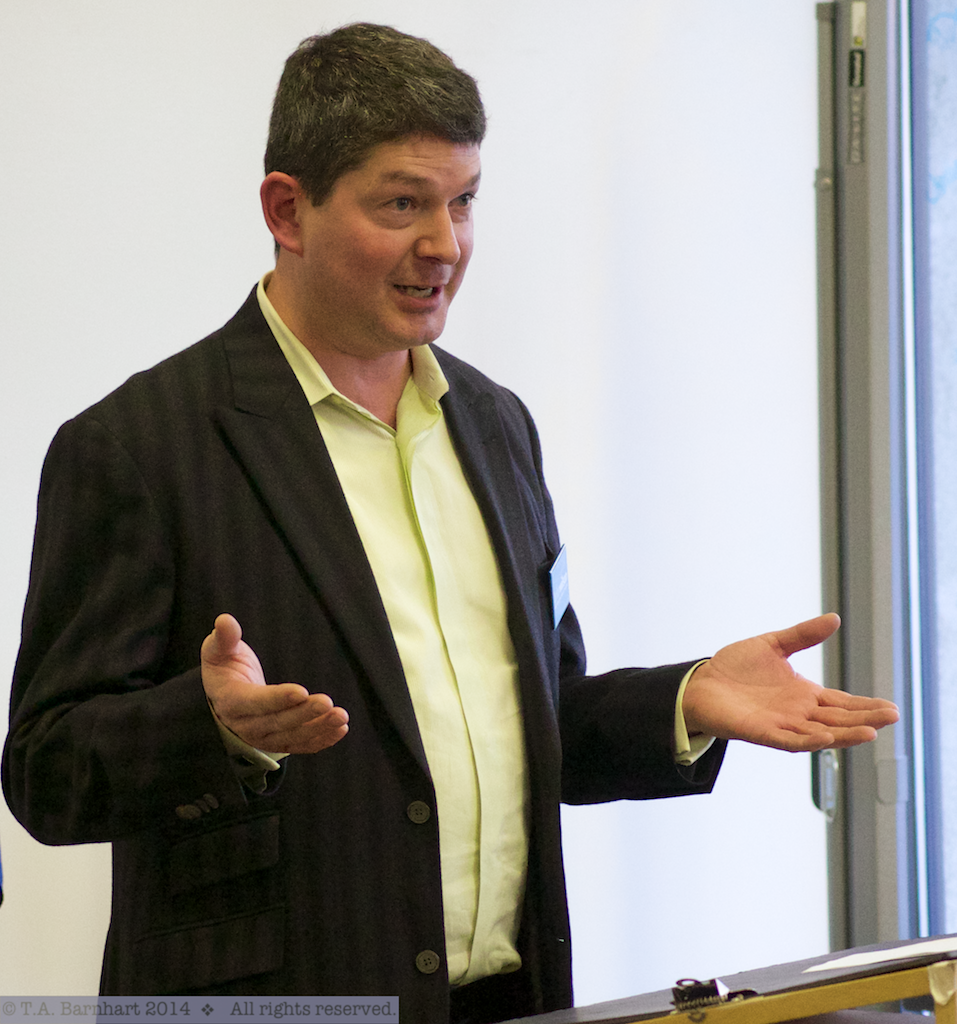 Brian Wilson is highly regarded in the community. His background earns him that respect. His speech last night, my first opportunity to hear him, wasted every bit of it.

Wilson used the word “local” four or five times, each time with emphasis, as if it were only he who had spent more of his life in Portland. His opponent for the Multnomah County Commission, Jules Bailey, also grew up in Portland, of course. But emphasize “local” enough times and voters who don’t know that, and don’t bother to check, might get the impression – or, if the tactic is successful, “learn” – that Bailey is a carpetbagger of some sort.

I was surprised he didn’t wink each time he said the word.

And then there was the snark over “bridges most local people opposed”. Yes, Bailey voted for the CRC in the House in 2013. But he was also a leader in adding the string of conditions that ultimately killed the project. His approval for the bridge was contingent on those conditions, and, in the end, when they failed to be met, Bailey no longer supported the project.

I’d argue that is what a skilled legislator does: find a way to move big projects forward only if they demonstrate viability. Imagine if that same kind of planning had been applied to the Cover Oregon website; we might have a functional health care portal. I opposed the CRC, of course, and I’d have preferred Bailey and others in the Leg had focused on fixing the I5 traffic problems in affordable, effective ways. That they made their support contingent on critical conditions being met demonstrated both maturity and smarts. Not to mention a fair amount of guts knowing the blowback they’d get from many of their supporters.

Wilson demonstrated a fondness for flippancy and immaturity. I’m just sorry I don’t live in that district any longer so I could demonstrate support for Jules Bailey with a vote.

I have no problem for people running for office who have no realistic chance of winning. My high school friend, Kathie O’Brien, jumped into the HD 42 primary on the final day of entry because she was angry at the way the Legal Aid bill was defeated. Her odds are very long; she’s way behind a number of strong, dedicated candidates who have months of campaigning under their belts. But O’Brien is running a serious campaign. She’s meeting voters, gaining endorsements, raising money, addressing issues. She’s not letting a late start and long odds undermine her determination. She’s running as if she were the front-runner.

It’s about professionalism and respect for the voters. We deserve serious candidates, even among those who stand little chance to win. Those who are running to make a point are wasting our time. There are more effective ways to do that than pretending you are a serious candidate.