Wilson: How to impress voters and #WinTheDay 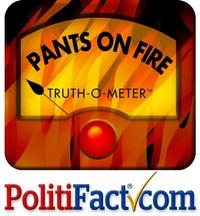 Brian Wilson, running against Jules Bailey for the Multnomah County Commission, made this claim about Bailey in a recent email:

"He was instrumental in creating the Business Energy Tax Credit that let companies like Wal-Mart profit by $11 million while costing the Oregon general fund $33 million."

Here’s the problem with the claim, however: Jules Bailey had not been born when the BETC was created. When the program was ramped up and created the problems that Wilson’s email pointed to, Diane Rosenbaum was the State Rep for HD 42 and Jules was finishing up his Masters degree at Princeton.

Another highlight from PF:

Chris Allanach, a senior economist in the Revenue Office, said, yes, the BETC program had been clouded with controversy and that Bailey had played a pivotal role -- not in championing the program, as Wilson claimed, but in reining it in.

During the 2011 session, Bailey co-chaired the Joint Committee on Tax Credits, which carried on the work of the earlier bill, Allanach said. One result of that work means the state now can sell only $3 million in renewable-energy tax credits in any two-year period. Before the new limits, upward of $300 million in credits were being sold per two-year budget cycle.

Both of those dates contradict Wilson’s claim that Bailey was "instrumental in creating" the program. We called Wilson for his reaction.

"Our using the word ‘created’ probably was an inaccurate choice of words," he said. "But he was very much involved with it once he got to the Legislature. He’s been vociferous in his defense of it."

When asked what constituted Bailey’s "vociferous" defense of the BETC, Wilson hedged. "I was really referring to his umbrella statement that he’s spent his time in Salem closing all sorts of corporate loopholes," Wilson said. "It was more about that than the BETC in particular."

Wilson told PolitiFact that he would “amend his claim” regarding Bailey and BETC. How generous. But, as PF noted,

Even a modicum of research, however, would have turned up evidence that Bailey had nothing to do with creating the program and that he did, in fact, work over several years to limit it.

On the matter of tax credits, Jules Bailey did his best to rein them in and try to reverse the outward flow of money (a tax credit is, in fact, an expenditure — and the total of tax credits in Oregon is greater than the General Fund). This is an area of political and policy strength for Bailey; his experience in the Leg dealing with these will put him in a strong position to help the County as it attempts to balance its books and maintain essential services.

On the day Oregonians begin to receive their ballots, to receive a “Pants on Fire” from PolitiFact – and this is one of their more solid efforts, based on actual facts and not the kind of specious “conclusions” we often see from them – has to be kind of embarrassing. But enough to spur an actual retraction?

I’m not holding my breath.