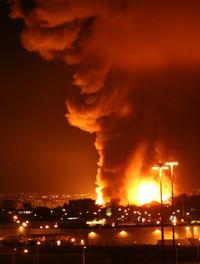 By Hart Noecker of Portland, Oregon. Hart is a filmmaker and livable streets activist.

This September, a few noteworthy news stories broke that seemed to escape public consciousness. One was on Portland winning global honors for it's Climate Action Plan.

From a city press release:

Portland is among 10 cities worldwide to receive the C40 City Climate Leadership Awards 2014. Portland is developing 'complete neighborhoods' to give all residents safe and convenient access to the goods and services needed in daily life. In 2012, 45 percent of the Portland population lived in complete neighborhoods, a figure which the city aims to raise to 80 percent by 2035. The city’s ambitious and successful initiative shows a unique and valuable pathway to sustainable, resilient, and low carbon communities.

Naturally, our mayor Charlie Hales seized the moment to pat his city on the back:

Portland stands proudly alongside the global megacities that make up the C40.We're delighted to have the honor and recognition that the Portland’s Healthy Connected City approach has proven to be a powerful carbon-reduction strategy.

There's just one problem with his words here. When contrasted to other statements Hales has made, they ring totally hollow.

Another story published in September was news that fossil fuel giant Pembina plans to build a bulk terminal in North Portland that would transfer 37,000 barrels of propane a day. As reported by the Oregonian:

Pembina Pipeline Corp.'s terminal in the Rivergate Industrial District would mean 1.3 mile-long trains full of propane passing through Portland every other day. Up to 30 million gallons would be stored on site. Massive tankers full of the fuel would transit the Columbia River two or three times a month.

Naturally, our mayor seized the moment to support the announcement:

This is great news. We welcome this investment and these jobs in Portland. The city is committed to growing our economy on the land we already have, and holding industry to very high environmental and public safety standards. This proposal meets these goals.

Sorry, Charlie. You can't have it both ways.

Either Hales is serious about Portland's climate action plan - or he isn't. He can't support carbon reductions and dangerous new fossil fuel terminals at the same time. Propane is highly explosive, and we've seen deadly disasters in recent years as extraction from fracking has increased. The site of this terminal is in a flood zone, and is predicted by geologists to undergo "catastrophic ground movement in an earthquake greater than 6.0 magnitude".

Even when combusted intentionally, propane is a massive contributor of carbon to the atmosphere. Burning the 37,000 barrels of propane Pembina wants to pipe through town translates to 9,883 tons of CO2 - each and every day. The average car (12k miles/year, 25.5 mpg) produces 8320 pounds of CO2 annually -- or 22.8 pounds daily. 9883 tons is 19,766,000 pounds. Divide that by 22.8 and you get 867,138 cars. 37,000 barrels of propane a day is the same as putting 867,138 cars on the road every day. In our growing climate crisis, it is unacceptable for Portland's mayor to be throwing his support behind new fossil fuel infrastructure.

Our climate action plan, unfortunately, doesn't go nearly far enough in securing a safe path for our city's future, but it does clearly state the proper intention. Hales needs to choose which side of history he wants to be on. If our mayor supports the Climate Action Plan, he needs to withdrawal support for the Pembina propane terminal.

Public testimony on the terminal is scheduled for January 13th. A rally in opposition to the terminal will likely take place that morning outside city hall.