Well, 2014 was an eventful year for Oregonians. The voters legalized recreational marijuana. And a court legalized same-sex marriage, right before the voters were going to do it themselves.

We may be the least church-going state in the union, but it seems we're all about the biblical mandate in Leviticus 20:13:

If a man lays with another man he should be stoned...

Vox.com did the research and reveals that on Election Day, Oregon (and Alaska) joined a very select club -- those states where you can attend a legal same-sex wedding and consume recreational marijuana at the same time. 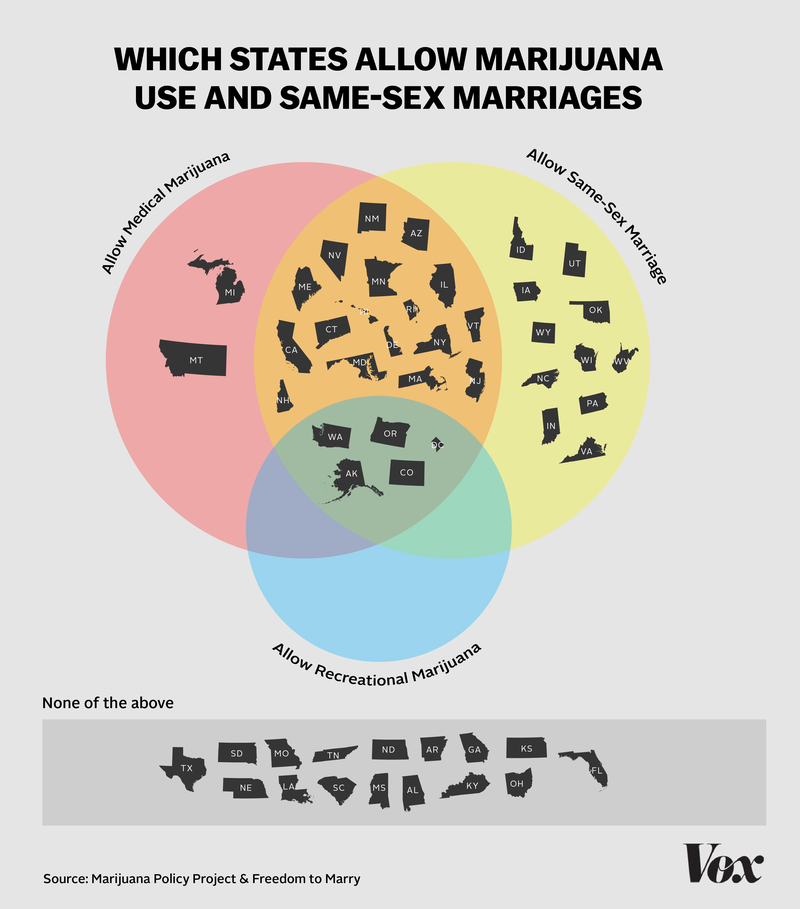 At this time, Ohio allows neither, even though their state capitol is just two blocks from the intersection of High and Gay. Go figure. 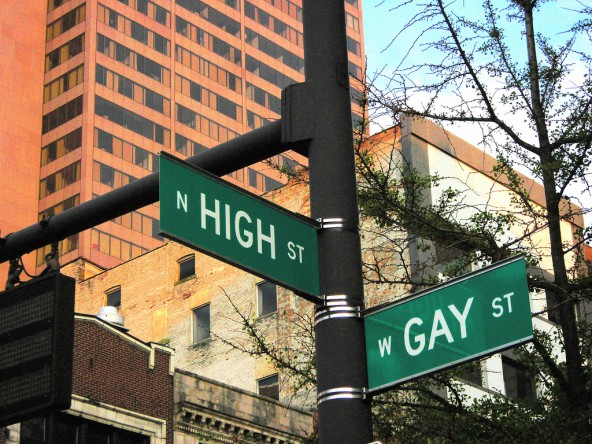