Andrew Davidson for Portland School Board 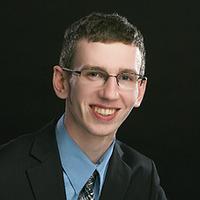 What were you doing when you were 19? I bet many of us don’t want to, or simply can’t remember. Personally, I plan on running for office again some day so I hope nobody remembers how I was at 19.

I’m lucky enough to be a teacher and I know a lot of 19 year olds. My classroom is filled with a collection of pennants brought back from schools they have attended. I also get the occasional e-mail when they want to share a revelation about something learned in high school as actually being useful in life (it happens more than you think).

Andrew Davidson is 19, and he was a student of mine for years before he graduated with the rest of the Class of 2014. Andrew is now at Portland State and is also running for PPS School Board (Zone 1). Andrew is not going to bring me a pennant, he’s busy, and he wants to be my boss. He wants to serve on the Portland School Board and has a real good shot at it if voters see in him what I do. I’ve written hundreds of letters of recommendation in my 20 years of teaching, but never have I written one like this.

Last week I came back from a candidate forum where 10 candidates for the three contested zones answered questions provided by the League of Women Voters, the Oregon PTA, and the audience. It was clear to many that Andrew stood out during the 90-minute session. I could hardly get near him afterwards – lots of people wanted to shake his hand and offer their support. Here are a couple of his responses from the forum that fostered not only applause at times, but a few “like Andrew saids” from other candidates throughout the evening:

I could go on, but I invite you to look at davidson4schoolboard.com for more detailed information on this young man’s vision for the future of PPS, however, before I go let me just say this.

If we believe in the purpose and promise of public education – should we not consider its most recent graduates for leadership? I believe those with the most intimate knowledge of the system’s current triumphs and failures are desperately needed on the PPS board. Who better than someone who spent his senior year of high school sitting on the board as the non-voting student representative? What were you doing when you were a senior in high school? Should I even ask? I don’t think any of my teachers would have been advocating for me to be their boss. Lets show our young people that they deserve a seat at the table and that we trust them to lead the very systems we encouraged them to attend to and excel in.

Andrew Davidson for Portland School Board, Zone One.