History Lesson: Federal lands belong to all US citizens 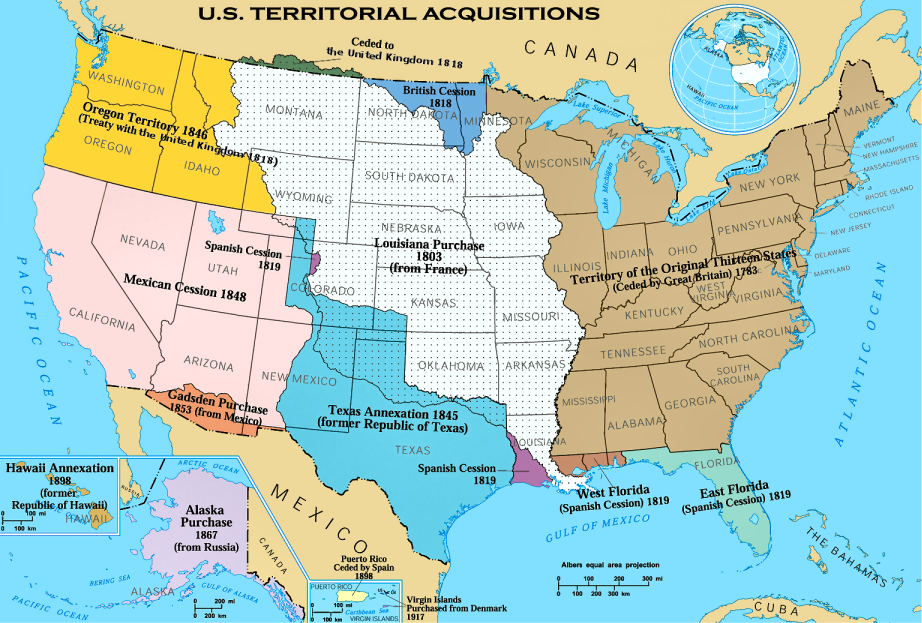 In 1789, the United States Constitution became, not just the law of the land but the basis for the laws of our land. At that time, there were thirteen states and the “western” territories – i.e., all the land that extended to the “frontier”, the Mississippi River.

in 1803, President Jefferson bought the Louisiana Purchase from France. This vast territory became the property of the federal government.

In 1848, the United States the Oregon Territory was created, following on a series of treaties with Great Britain. Also in 1848, the Treaty of Guadalupe Hidalgo led to the U.S. gaining most of the territory that would become California and other states, as well as giving Texas its final border configuration. 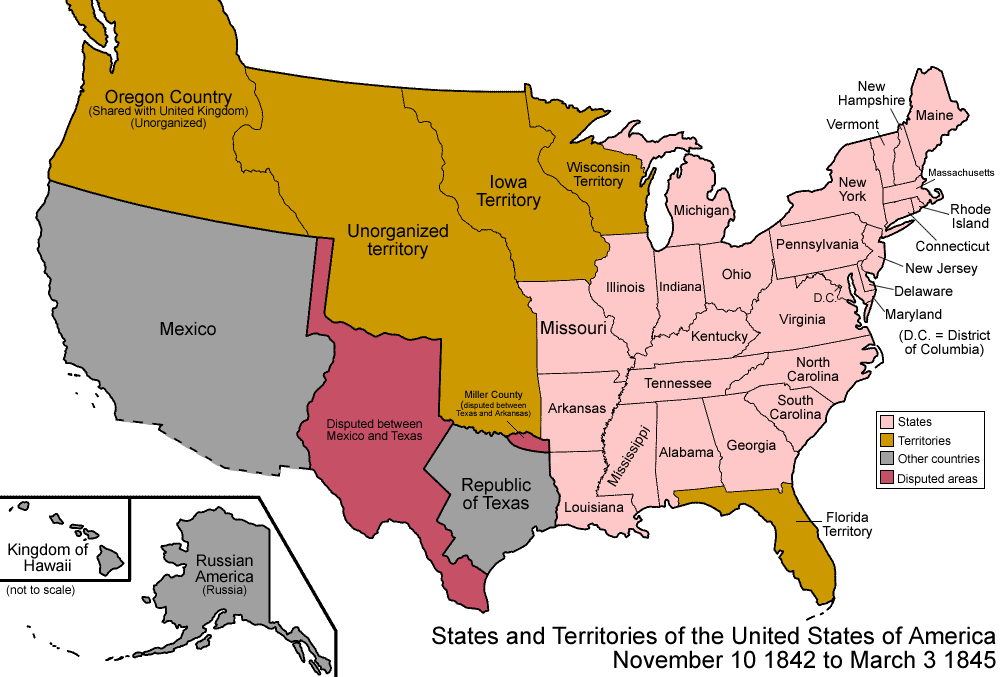 Every time the federal government purchased or took new territory, they opened that land to settlers and the railroads. There was not a consistent plan that was followed over the years. At times, settlement was used to determine which territories would be free and which would be slave. Lands granted to the railroads were done in a strange “checkerboard” manner that continues to be a bane for ranchers as well as state and federal land managers.

Eventually, new states were created. By the time of the Civil War, there were 34 states, including California and Oregon on the Pacific coast. The 48 continental states – today’s map of the nation, excluding Alaska and Hawaii – was complted in 1912 with the addition of New Mexico Arizona.

Ok, that was quick and dirty and not fully accurate (skipping, for example, the dubious legality of the Texas annexation). But here is what the growth of the United States was based on, from winning the Revolutionary War to the settling of the continent and establishment of a fifty-state union: the federal government acquired land and then determined what to do with them. At no point did a group of people come together, form a nation and then ask to become part of the United States. Via treaty, warfare, and a genocidally enhanced theft of aboriginal lands, it was the national government that acquired every square inch of this country.

Even Texas. Yes, the “Republic of Texas” preceded statehood, but Texas had no chance of maintaining independence as a sovereign nation against Mexico (which had banned slavery in 1829, a key factor driving American settlers in the Mexican-controlled to wage a civil war). Most settlers in Texas wanted to become part of the United States: they sought annexation, thereby surrendering sovereignty of the territory in exchange for the security of being part of the United States.

In short, claims that the states have sovereign authority over all lands within their boundaries are bunk. To underpin this false legal claim with the further claim that states, and individual citizens therein, have a divine right to whatever land they manage to acquire and hold as private party – or seek to hold as private property – isn’t even within the scope of law. The right to worship freely does not transmute into a divine granting of private property.

Not even if you make the claim armed with military-grade weaponry.

The Bundys and their ilk are the worst kind of Americans: they have no regard for the common good and seek only what fits their personal interests. Their legal claims are invalid, and their religious ones are irrelevant. The land their cattle graze (to the detriment of that land’s ecology) belonged originally – i.e., after the treaties, warfare, and theft – and still belongs to the government of the United States as sovereign national territory.

Or, as Woodie Guthrie put it, that land belongs to you and me.

The government of the United States made settling the West cheap for those who could get to that territory, claim the land, and then settle it. Fees for grazing and mining have always been cheap, frequently far less than what market rates would dictate. Not one person who settled the West or came to those lands to exploit the natural resources did so without the benefit of the federal government’s largesse, from wiping out the native peoples to the land to build railroads and telegraphs to economic incentives to leave the safety of settled lands and move west.

The West was not settled; it was subsidized by the taxpayers. 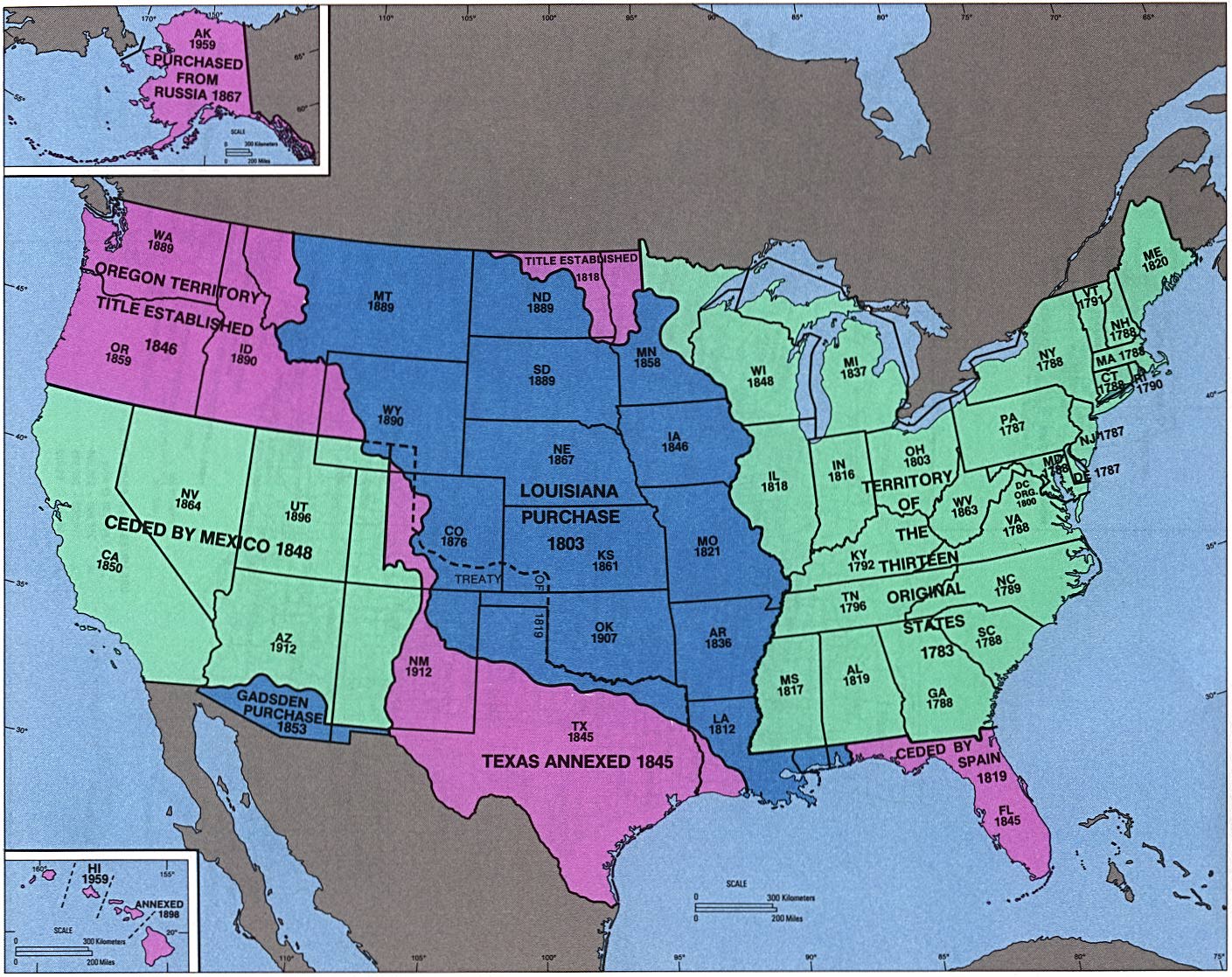 States cannot “take back” federal lands because they never owned these lands. Statehood did not end ownership of lands by the national government. The Bundys’ claims are baseless, and the only thing they have had to back these claims are their own interpretations of the Book of Mormon, a legally false reading of the Constitution, and enough weaponry to keep the government at bay in fear of bloodshed.

Every inch of the fifty United States belongs to the people of the United States. Some has been turned over as private property, but even that ownership is not absolute: government can claim almost any land as long as the owner is compensated. And the lands that have never been given over to private or state control remains fully, and unequivocally, the property of the 318 million citizens of the United States.

Not the tantrum-throwing seditionists trying to steal that land from the rest of us.