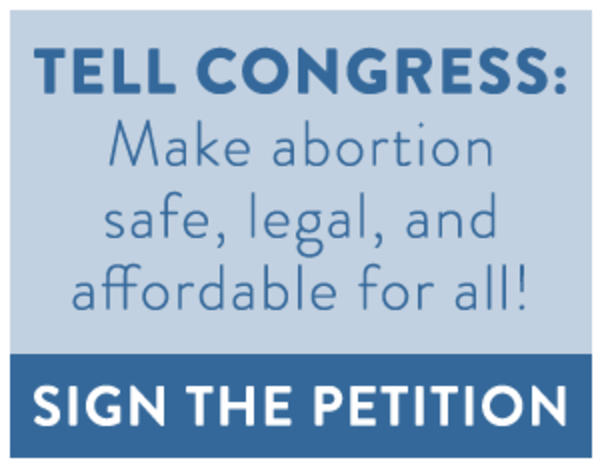 When I heard Donald Trump say that "there has to be some form of punishment" for women who have abortions, my jaw dropped.

When I heard him say that after he bans abortion, women "would perhaps go to illegal places", I got angry.

Trump is wrong. We know that. Even anti-choice Republicans are backpedaling as fast as they can.

This is our opportunity, folks.

Let's flip the script. Even as we fight to prevent new restrictions on access, let's go on offense to expand access.

Let's repeal the Hyde Amendment, and ensure that abortion is not just safe and legal -- but let's make sure it's accessible and affordable to every single woman in America.