Why I’m Running: County Government Can Lead on Health and Environmental Policy 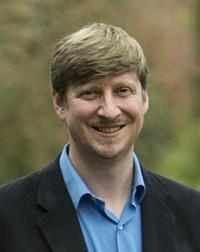 By Mel Rader of Portland, Oregon. Mel is the Executive Director of Upstream Public Health and candidate for Multnomah County Commission, District 1. Find out more at MelRader.com.

Multnomah County has an opportunity. We have historically been leaders for social change, and we are positioned to make significant progress in health equity, economic opportunity, and environmental protections.

Unfortunately, instead of demonstrating bold leadership, we’ve fallen behind on critical health and environmental policies. I’m running for Multnomah County Commission because it’s time for our region to make strides that are in step with our values.

Portland’s air pollution mars our reputation as a green city. We spent a decade breathing arsenic and cadmium, and recent national data shows that our air is among the most toxic in the nation. Significant levels of diesel emissions also impact our health and our greenhouse gas levels, little of which is being tackled.

The state should ideally take the lead on monitoring and improving air quality, but the Oregon Department of Environmental Quality has not done its job. Whether the shortfall is due to a lack of funding or a lack of prioritization, it’s time for us to establish a local air protection agency. Our air is too precious to leave up to the state’s poor track record of protecting the public's health.

A local agency would mean stronger standards and greater accountability. Lane County, Oregon is one of several municipalities around the country to take this step, and it has shown much more progress than Multnomah County in cleaning up its air. From its inception, the agency would need to be 100% transparent to its neighbors; as such, we can trust that our environmental health is the priority that it should be and that measures are in place to enforce all rules on toxics and emissions.

Universal pre-K is among the smartest investments Multnomah County can make. With a benefit-cost ratio of $7 or more, such programs fund education over corrections, improve health outcomes, and bring greater economic opportunity to women and communities of color.

Oklahoma, Georgia, Florida, and Vermont all have state-supported programs for anyone seeking childcare. On the other end of the spectrum, Oregon is in the bottom 20% of state-supported childcare. Multnomah County can propel us away from that low standing.

In healthcare, gaps in coverage persist in our communities. Too many people – including children – are still uninsured, and we need to finish the job of creating a healthcare system that serves everyone.

When it comes to preventive care, we need to make better investments that will save money in emergency rooms and hospitals. Our biggest healthcare costs today are largely preventable, and yet 83-96% of Medicaid and Medicare goes toward treating avoidable and chronic diseases.

For example, diabetes-related medical expenses cost Oregon taxpayers nearly $2.2 billion per year, and yet the state’s program to prevent diabetes is too small to make the necessary impact. Multnomah County can be a model of preventive care for the state. The investment would significantly save on healthcare costs, but more importantly, it would significantly save lives.

The inclusionary zoning bill didn’t include everything that I and other advocates wanted, but it still provides a valuable opportunity to address the inequities in our housing system. Even so, many local elected officials (and other candidates seeking a county seat) are unwilling to demand that big developers do their part to address the housing crisis. We need to turn the corner on the housing crisis, but we can only do it by using all the tools at our disposal.

We can be bolder

In all these areas, we’re falling short. Counties like ours should be speaking out against big businesses, defending our environment, and advocating for equity, but we aren’t demonstrating the leadership we could.

I’m running for Multnomah County Commission because I know we can be bolder. For the last 10 years, I’ve been advocating for policies that improve public health and the environment. Together with community partners, I created Oregon’s Farm-to-School and School Gardens Program, got the worst junk foods out of Oregon’s schools, broadened healthcare coverage for Portland’s children, and made tobacco products less accessible to kids.

I intend to bring my experience and a strong voice to tackle our greatest problems at the County. I will address our toxic air, housing crisis, and health inequities with the progressive values for which we’re known, and I will continue to work within the community and advocate for all of us.

I hope you’ll join me.