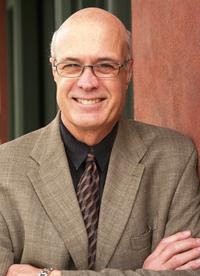 On Saturday, State Senator Alan Bates (D-Medford) passed away. He died unexpectedly after a day of doing something he loved -- fly fishing on the river.

Tributes poured in across Oregon. Senator Ron Wyden praised his "wise and common-sense counsel". Senator Jeff Merkley noted his "powerful voice" in the legislature. And Governor Kate Brown called him a "statesman [that] left an indelible impression on Oregon."

Of course, the political world never sits still -- even as our flags are at half mast.

Because the vacancy in his SD-3 seat occurred prior to the 2016 election, his seat will now be up this November. Each of Oregon's political parties will have until August 30 to nominate candidates.

Meanwhile, an interim Senator will also be appointed. Democratic PCPs in SD-3 will meet to nominate three candidates. Then, Jackson County Commissioners -- all Republicans -- will select the person that will serve through the end of the year.

No word yet on possible candidates. Representative Peter Buckley (D-Ashland) retired this year rather than run for re-election, and has reportedly told the Jackson County Democrats that he's not interested. (Say it ain't so. Run, Peter, Run!)

Senator Bates's shoes will be very hard to fill, and he will be missed. Rest in peace, Alan.