Eudaly: Past as prologue

I am proud of the support I’ve given women candidates in Oregon. I will always support a woman candidate if she’s qualified for office; I might defer to a man of color under certain circumstances, of course, but for the same reasons I support women. But I do what I can to push real representation forward.

Which is why not simply opposing a woman candidate but doing so vigorously is difficult for me. I know a lot of people are enthused about Chloe Eudaly; I’m not one of them. I’ve not only seen no indication that she is qualified to sit on the City Council, her past practices as a business owner demonstrate to me just how unqualified she is.

Let’s start with what we learned from The Oregonian’s report on Eudaly’s business: 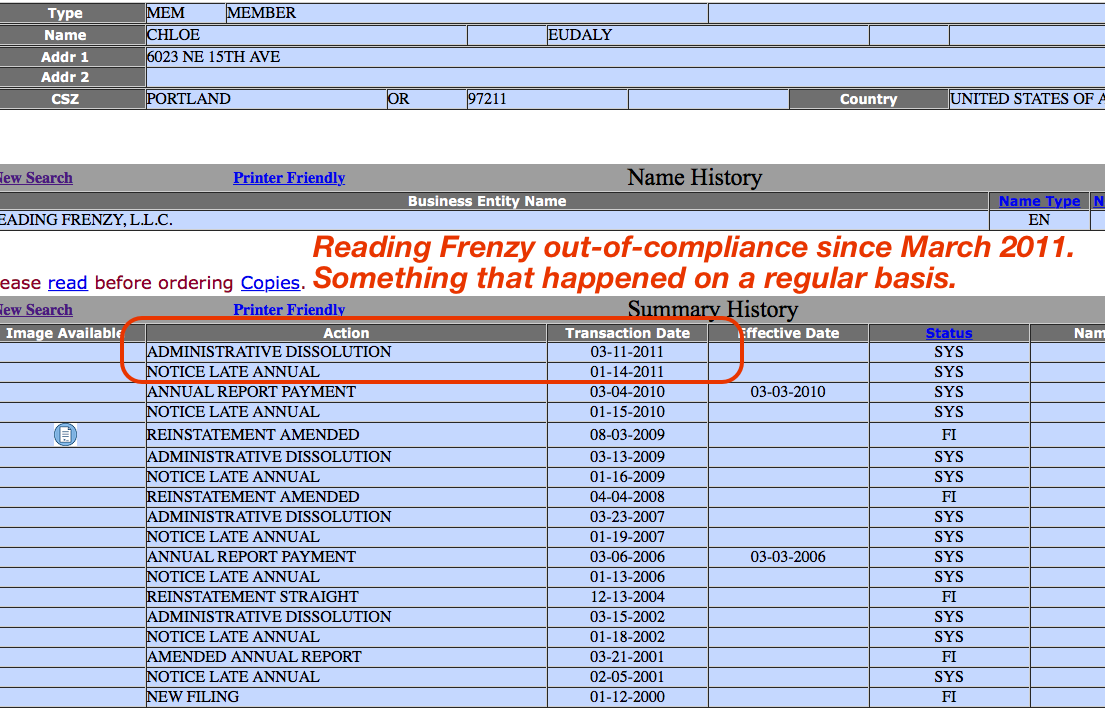 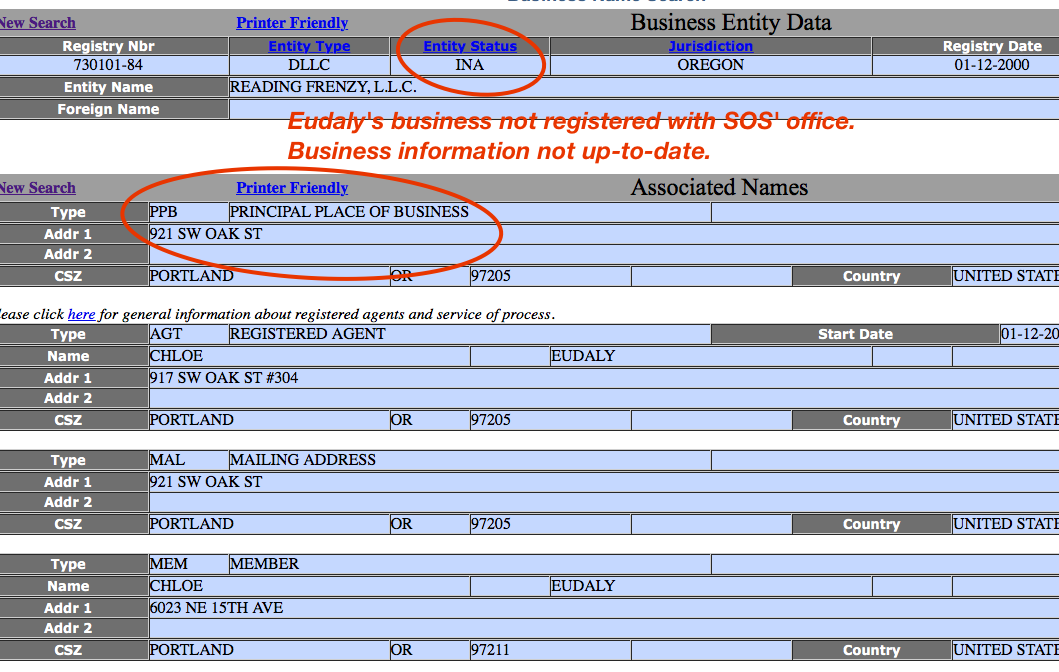 She did not monitor her bookkeeper, as in: Did you file my taxes this year? How come I haven’t seen any tax forms to review and sign?

She’s not registered as a business with the City of Portland. As a quick comparison, I looked up Powell’s Books; they were listed as “In Compliance”. (It is illegal to do business in the city of Portland without a business license.)

She has repeatedly failed to register her business with the Secretary of State’s office; as of now, she is not registered to do business in Oregon. Has not been for over six years. Her business is listed as “Inactive”, and her business address isn’t even correct. Filing this paperwork is simple; even I’ve managed to do it in the past. (And since she markets herself as an “LLC” she underscores her failure to maintain her legal business status with the state.)

A major point not covered in the article: Eudaly relies heavily on unpaid staffers at Reading Frenzy. Question: How much of her staffing is unpaid? She actively recruits these through her website, which might be fine if it were a coop or a community project (ie, tool library). It is not: it’s a for-profit enterprise.

And the use of unpaid labor is, of course, illegal.

She also has dipped into the Kickstarter well repeatedly. Not to pay her back taxes or even the $50 to register her business with the state. Nor even to pay employees, but to create special products to sell. Her second Kickstarter, for example, in Spring 2011, raised $4,245 to produce prints to sell to support the business – and, as it appears all of these sold, she grossed at least $25,000 from those print (no record of the fourth prints quantity or sale price, but assuming a run similiar to the others, she probably grossed $7,500.)

And she raised this money after failing to re-register with the Secretary of State’s office; she never found the time to pay the $100 annual fee despite the Kickstarter’s huge success.

“Despite outstanding debts, [in 2016] Eudaly steered more than $2,100 in cash from Reading Frenzy to her campaign.”

One Kickstarter raised over $50,000 – and again, she failed to pay the $100 fee to the state to register her business lawfully. (She went into that Kickstarter after taking a $22,000 loan from friends – but no indication of whether the KS would repay that or be in addition.)

Here’s what I wonder, and I’ve seen nothing to change my mind since a debate earlier this year: Eudaly has failed repeatedly over the years to obey basic laws for business owners in Portland. She has failed to monitor her own business’ taxes. She uses unpaid labor in her for-profit business. How can we expect a novice who has demonstrated incompetence at this level to given responsibility for even a single city bureau?

In the past few years, we’ve seen two novice city councilors, Steve Novick and Amanda Fritz, come into office and struggle mightily in their first terms. Fritz almost got turfed out by Mary Nolan after her first term, and we see Novick having to fight to hang on to his seat. Why wouldn’t Eudaly, like those two, become a competent city councilor?

Both Fritz and Novick came into office with far more experience than Eudaly would have, and both struggled mightily (both suffered with problematic mayors, too, something Portland won’t face in 2017). Eudaly, with her problematic record as a business owner, inspires only trepidation in me as to her ability to handle the job – or even to grow into it.

And with some incredible challenges facing this city in the wake of the Hales’ mayorality, we need experienced, competent bureau leaders. I still trust Steve Novick to become the councilor so many of us hoped he would be when we elected him four years ago. I have zero trust that Chloe Eudaly has the chops for this job. Her record as a business owner tells me that she’s a poor business owner. Putting her on the Portland City Council would bad for our city.