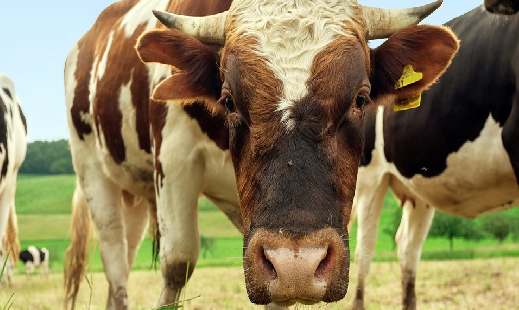 Tax policy took center stage in the 2017 legislative session. From a corporate tax reform proposal that fizzled, to a successful effort to protect health care coverage with health provider taxes, to a far-reaching transportation package mainly paid for by an increase in the gas tax. And that’s not all. While less notable, the legislature enacted further changes to our tax system.

Here are seven stories about Oregon tax policy you probably did not read about in the newspaper:

1. The Con-way corporate minimum tax loophole won’t be coming back from the dead

Not long ago, some profitable corporations were getting away with paying less than the corporate minimum tax, even zero in some cases. These corporations were exploiting a tax loophole created by an Oregon Supreme Court ruling in a lawsuit brought by Con-way, Inc., which held that the trucking giant could use a tax credit to eliminate its minimum tax liability. The 2015 legislature put a stop to this end run around the corporate minimum tax, but only temporarily. The legislature placed a six-year “sunset” — expiration date — on the closing of the loophole, meaning that the Con-way loophole would return from the dead in 2021. But in the just-concluded session, the legislature got rid of the sunset, meaning the Con-way tax loophole is closed for good.

While an effort to overhaul Oregon’s corporate income tax system failed, the legislature did tweak how the state taxes multi-state C-corporations that sell services. Previously, Oregon taxed C-corporations providing services based on where they had the largest share of production costs. Moving forward, Oregon will tax them based on how much they sell in Oregon. The need for this tax change was identified in a 2011 legislative study with input from the business community, which argued it would be more fair and make Oregon more competitive. In addition to improving our tax system, the change is slated to result in a small (about 2 percent, or $5 million) increase corporate tax revenues each year.

3. Putting expiration dates on tax subsidies proved to be a smart approach

This legislative session reminded us that placing sunsets on tax subsidies and loopholes is a smart, fiscally prudent mechanism (the Con-way loophole sunset discussed above was an odd egg; it was an expiration date on a fix to a loophole problem). Over the years, lawmakers have stuffed the Oregon tax code with all manner of subsidies and loopholes. Fortunately, the legislature has also placed sunsets on many of them (though not all). Of the 16 tax subsidies scheduled to sunset, the legislature let all but a handful expire, and pared back several of those which remained. By letting these tax subsidies expire, the legislature avoided over $30 million in costs that would have been paid for by cuts to essential services such as education and assistance for Oregon’s most vulnerable children in the upcoming budget period.

4. Many, not all, rich “rural” doctors no longer qualify for taxpayer subsidies

Every year, no matter how rich they are, doctors and other medical providers who work in “rural” areas — defined as at least 10 miles from a major population center — have been able to claim a tax credit potentially worth up to $5,000, effectively exempting from taxation their last $50,000 in income . The credit has proven itself ineffective. While an effort in 2013 to reform this subsidy for wealthy doctors failed, in the just-concluded session, the legislature put some limits in place. Medical providers making more than $300,000 a year will no longer qualify for the credit, unless they are general surgeons or provide obstetrical services. Also, those claiming the credit cannot do so for more than 10 tax years in their lifetime.

5. If you deal in tons of BS there is a tax credit for you

6. The legislature could have just named it the “Special Klamath County Tax Break”

The legislature created a new “Employee Training Tax Credit” for counties that meet a lengthy list of criteria. Some of the requirements are having a population between 60,000 and 80,000, having an armed forces base employing at least 750 people, and having “an agreement with an institute of higher education to coordinate efforts to promote enterprise throughout the county.” Only one county meets the criteria: Klamath.

7. The legislature proved it can’t go a session without creating a new tax subsidy for the well off, no matter how hard it is to balance the budget

By creating the bovine manure tax credit and the employee training tax credit, the legislature passed an opportunity to go through an odd-numbered year "long" session without creating a new tax break.

They can try again in two years, I suppose.