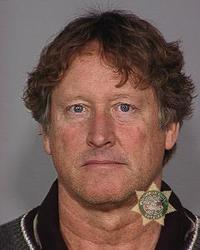 If there is a guy in Oregon who has sown more bad karma for himself than Bill Sizemore, I don't know who it is. Sizemore's comeuppance continued its unabated march today with the essential dismissal of his narcissistic and frivilous lawsuit against Our Oregon, Defend Oregon, and others stemming from the 2008 ballot measure campaign.

Circuit Court Judge Joseph Guimond has thrown out arguments filed by Racketeer Bill Sizemore in a lawsuit against Our Oregon, Defend Oregon, and others stemming from the 2008 ballot measure campaign.

Sizemore filed the multi-million dollar lawsuit in late 2008, upset that his opponents pointed out his troubling history of fraud, forgery, and racketeering.

The court has now thrown out Sizemore’s arguments. In his opinion, the judge wrote:

The court finds that it could be reasonably inferred that Bill Sizemore was a "convicted racketeer" as he was the executive director of political action committees that were found liable for fraud, forgery, and racketeering.

According to Scott Moore at Our Oregon, the judge's order held that plaintiff (Sizemore) could not meet the burden of showing that there was sufficient evidence that false statements were made. As this is the crux of his case, the case can't go forward.

What baffles me is that there is actually anyone who would still go to bat for this guy. The epic pile of evidence to demonstrate the dirtbag behavior that Sizemore has engaged in makes it inexcusable.