CHART: The latest update to the Oregon minimum wage plan

After a few false starts, the effort in the legislature to raise the minimum wage is now rolling along. A minimum-wage increase has made it out of a Senate committee and could be on the floor as early as this week.

The proposal -- largely engineered by Senator Michael Dembrow (D-Portland) -- is an attempt to balance various competing interests in order to actually pass something and avoid a ballot measure fight.

In addition to the three-tier approach, the Dembrow proposal is notable because it draws a compromise on the initial ramp up. On the one hand, it reduces the wage boost in the first couple of years as compared to earlier proposals; on the other, it moves the adjustments six months earlier, to July of each year (starting this year.)

So, here's an update to my earlier minimum wage charts to include the Dembrow proposal, as well as a map that indicates what the three regions are.

(Note: For simplicity's sake, I didn't actually shift the Dembrow wage bumps by six months. Also, as before, the italicized values are assumed inflation-based increases in the minimum wage. I assumed 2.28%, which is the average inflation we've seen over the last ten years.)

So, what do you think? Which option is the right one? How do you weigh the pros and cons on the policy and the politics? 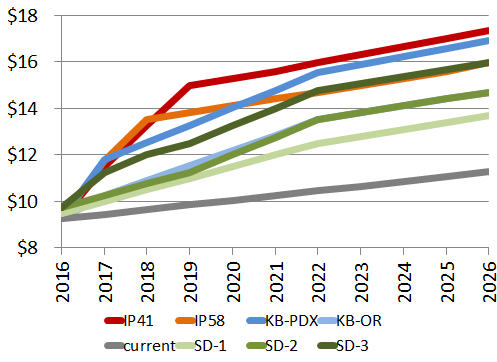 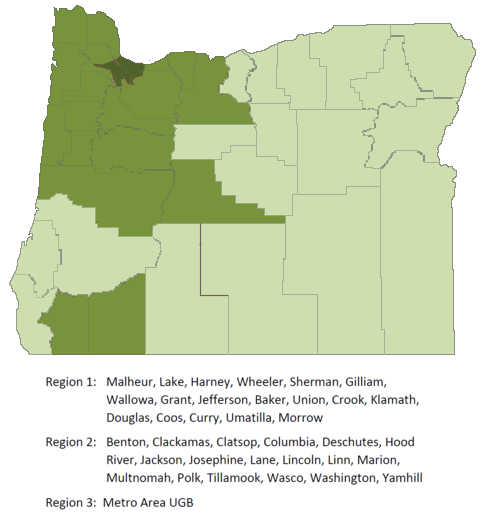